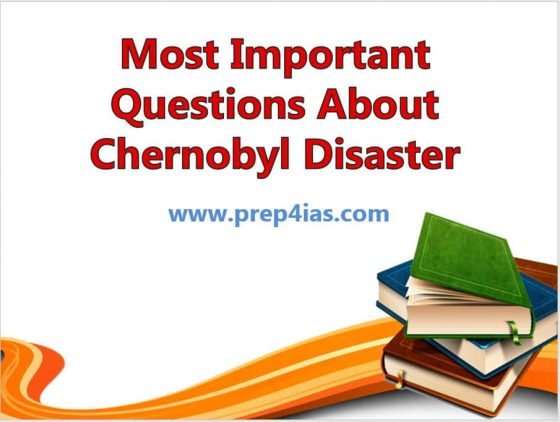 In this article, we will go through 25 Most Frequently Asked Questions About Chernobyl Disaster but before that Let me ask you a question. Do you know the worst nuclear disaster ever occurred in the history of mankind ? If not then let me tell you it is Chernobyl Nuclear Disaster. It is one of the major nuclear accident happened during the Cold war which not only affected the nearby regions but almost all the European regions and still continue to do so. Hence it is very important to go through some of the most frequently asked questions about this nuclear disaster. More about Chernobyl Disaster.

1. What is Chernobyl Disaster ?

Ans. The Chernobyl disaster was a nuclear accident that occurred on Saturday 26 April 1986, at the No. 4 reactor in the Chernobyl Nuclear Power Plant, near the city of Pripyat in the north of the Ukrainian SSR in the Soviet Union.

Ans. Chernobyl is about 90 kilometres (60 mi) north of Kyiv, and 160 kilometres (100 mi) southwest of the Belarusian city of Gomel, Ukraine.

3. How many people died in Chernobyl Disaster ?

Ans. The exact number is unconfirmed but according to few reports several thousand peoples are affected by the accident and the radiation leakage causing several number of deaths over the time.

4. When was Chernobyl disaster happened ?

6. How many died in Chernobyl disaster ?

Ans. According to some report, 31 people died as an immediate result of Chernobyl disaster.

7. How long will Chernobyl be radioactive ?

Ans. The estimated time for which Chernobyl will remain radioactive will be up to next 20,000 years.

8. How many people were evacuated as a result of the Chernobyl accident ?

9. Why the area around Chernobyl Disaster Site known as the "Red Forest" ?

Ans. It is because many of the trees turned reddish-brown and died after absorbing high levels of radiation.

Ans. It is largely inhabitable but some people does illegally live around the town of Chernobyl.

11. How many reactors were there in Chernobyl Nuclear Plant ?

12. Which of the reactor met with an accident in Chernobyl Nuclear Plant ?

13. Which of the material released most of the radiation in Chernobyl disaster ?

14. How many explosions happened in Chernobyl Nuclear Plant ?

Ans. According to some reports, there were 2 explosions happened in the Plant.

15. What did Chernobyl explode ?

Ans. There were multiple cause of explosion. First was believed to be  caused by an excess of steam and the second was influenced by hydrogen.

16. What was the main underlying cause of the World's worst Nuclear Disaster ?

Ans. It was believed that the accident was the result of a flawed reactor design that was operated with inadequately trained personnel.

17. What was done to reduce the spread of radioactive contamination ?

Ans. A protective Chernobyl Nuclear Power Plant sarcophagus was created in 1986 to reduce the further spread of radioactive contamination.

18. When does Nuclear Clean up will complete at Chernobyl ?

Ans. It is scheduled to be completed by the year 2065.

19. What was the radiation level in the worst hit areas of the Chernobyl reactor ?

20. What was used as the moderator in the Chernobyl Nuclear Plant ?

21. Which country provided the initial evidence of a major accident in Chernobyl Plant ?

22. Which of the gases were released immediately into the Atmosphere after first explosion ?

Ans. All the noble gases including krypton and xenon contained within the reactor were immediately released into the atmosphere.

23. Which river flows near the Chernobyl Nuclear Power Plant ?

24. Did Ground water was also affected due to Chernobyl accident ?

25. Which of the areas were affected due to Chernobyl Nuclear Disaster ?

Ans. Most of the Europe apart from Iberian peninsula got affected due to this major accident.