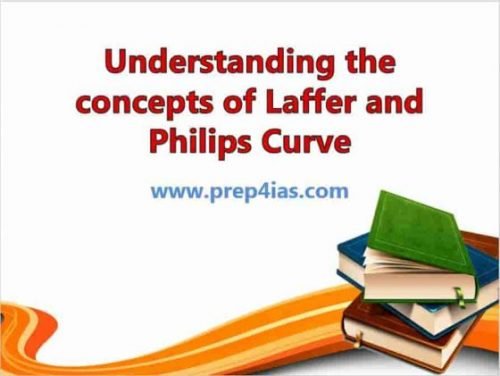 In this article, we will discuss two very important economic concepts i.e; The Laffer curve and the Phillips curve. Both of the theories plays a very important role in understanding the micro and macro economics concepts. We shall discuss in depth what the two theories explain and how important they are for policy making along with its criticism. So without further delay, let's begin !!

What is Laffer Curve ?

The concept of the Laffer curve was first introduced by a very famous economist Arthur Laffer in the year 1974. The purpose of the curve is to depict the relationship between tax rates and what the government collects as tax revenues. The takeaway from this concept is that it shows that cutting the rate of taxes can increase revenues generated for the government through tax. The Laffer curve was developed based on a bell curve analysis conducted by plotting the changes in the rate of taxes imposed by the government and its impact on the tax receipts.

Arthur Laffer explained that the tax cuts can have two different impacts on the federal budget. The impact can be both arithmetic and economic. 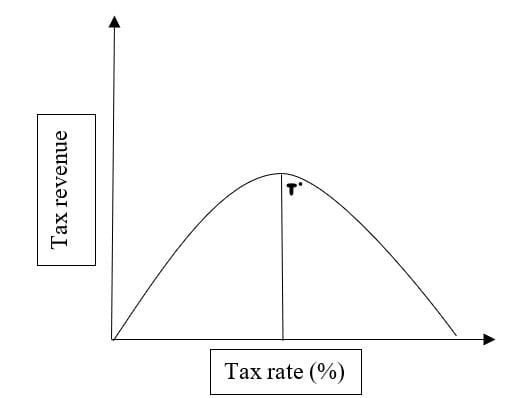 When the tax revenue reaches the highest point where it is optimum, that point is represented by T* on the graph. From the graph, it can be observed that on the left of T* an increase in the tax rate is shown to be increasing the revenue generated by tax than what has been lost by offsetting workers and the behaviour of the investors. Further increasing the rate beyond T* will cause people to leave their jobs or not work as much which will decrease the tax revenues.

If the current rate of tax is situated anywhere on the right of T* lowering the tax rates now will boost economic activity and will increase economic growth by providing people with the incentive to work more and it will also increase the revenues generated by the government through taxes.

Criticisms of the Laffer Curve

The theory of the Laffer curve also received a lot of criticism from experts. Some of these factors are as follows:-

What is Phillips Curve ?

The concept of the Phillips curve explains that the impact unemployment has on inflation and vice versa is very predictable. The Phillips is a downwards-sloping, concave curve. The rate of inflation is plotted on the Y axis and the rate of unemployment is plotted on the X axis. When there is more demand in the market for goods and services, an increase in demand increases the level of prices. More production means that firms and industries hire more workers, which results in a reduction in the unemployment rate.

Phillips Curve in the Long Term

The inverse and stable relationship between inflation and unemployment prove to be true only in the short run. When the central banks decide to increase the rate of inflation to reduce unemployment in the short run the condition may exist. But consumers build their expectations depending on the existing conditions. Hence, in the long term, the Phillips curve may shift outwards.

Criticisms of the Phillips Curve