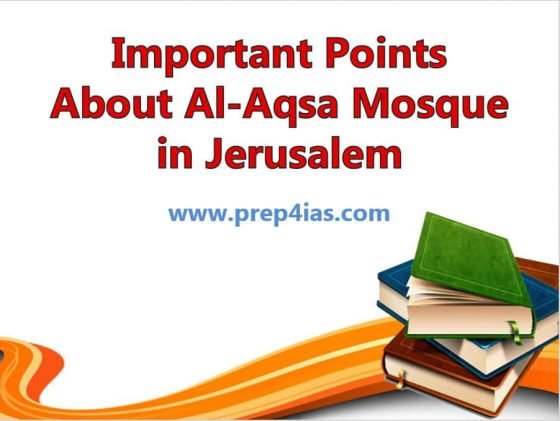 In this article, we will see 15 Important Points about Al-Aqsa Mosque in Jerusalem. With the recent rise in conflict between Israel and Palestine, Al-Aqsa remains to be a center point. It is very important for Students to understand the significance of this Mosque to understand the current situation. More on Indian Express article.