In this article, I will take you through 35+ Popular Questions on Income Tax Act 1961. As you might have witnessed, every year there is an increase in number of questions from Income Tax Act, 1961 so it is very important to go through atleast all the frequently asked questions. Below set of questions are not only helpful for the written exams but also for all those who are going for Finance related Interviews as well. 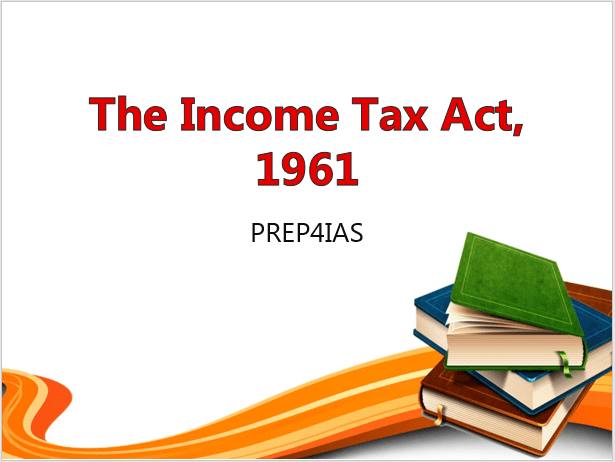 3. Under which section revised income tax return can be filed ?

4. Under which section Mandatory Income Tax return can be filed ?

6. When did Income Tax came into force ?

7. How many heads of Income are there to compute Gross Total Income ?

8. Who is highest Administrative Authority for Income Tax in India ?

Ans. CBDT(Central Board of Direct Taxes)

9. What is the rate of TDS for unlisted securities including cesses ?

10. Which Section of Income Tax Act 1961 talks about exempted incomes ?

11. What is the existing Maximum Marginal Rate of tax of an individual Assessee ?

12. Which Section provides House Rent Allowance exempts up to a Certain Limit ?

13. Which Section provides rebate from Tax on Total Income ?

14. Which Section deals about unexplained Cash Credits in the books of an assessee ?

15. How much TDS get deducted from the sale consideration under Section 194-IA of Income Tax Act 1961 ?

16. Which Section deals with the exemption of the amount received by way of Inheritance or will ?

18. What is the rate of Tax on Anonymous Donation ?

19. Which Section deals with the Institution liable to pay tax on Anonymous Donation ?

20. Which Section deals with the Institution not liable to pay tax on Anonymous Donation ?

21. Under Section 2(42A), after holding for how many days Listed Securities will be treated as Long Term Capital Asset ?

22.  Under Section 2(42A), after holding for how many days Un-Listed Securities will be treated as Long Term Capital Asset ?

23. Which Section deals with the Exemption of Capital Gain from Tax if the long term Capital Gain are invested in Investment instrument within a pre-defined time period ?

24. What is the current(as of 2021) rate of depreciation on residential building ?

25. What is the rate of depreciation in Non-Residential Building ?

26. What is the date on which Fair Market Value of capital assets acquired is determined ?

27. What is the Current Tax on Long Term Capital Gain ?

28. What is the Current Tax on Short Term Capital Gain ?

29. Which Section has the provision to claim tax relief on Encashment of Earned Leave ?

31. Under which section of Income Tax Act 1961, HRA(House Rental Allowance) can be claimed ?

32. What is the current Health and Education Cess applicable on the Income Tax ?

33. What is the amount of deduction for Severe Disability under Section 80U ?

34. Under which section a parent can claim deduction if his/her child had taken loan for Higher Education ?

35. What is the difference between Section 80C and Section 80E ?