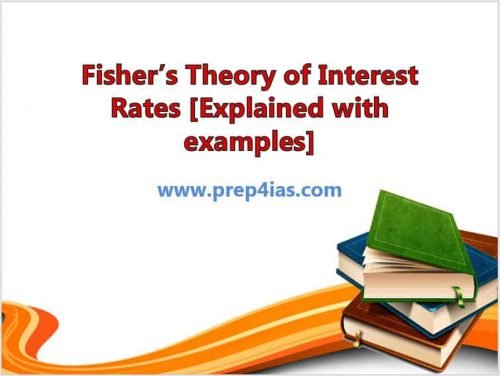 Fisher’s theory is also known as Fisher’s Hypothesis or sometimes as Fisher’s effect. This theory was put forward by a very famous economist named Fisher Irving. This theory is based on the relationship between inflation and interest rates (both real and nominal). The theory proposes that the real interest rate is the one that has been adjusted for inflation (Uribe, 2022). We can write this phenomenon in mathematical form as such.

This theory of Fisher is now used in macroeconomics for determining the supply of money against the international trade of the currency. In microeconomics, this theory is used to determine if the investment is going to be profitable or not.

Main causes behind fluctuations in the Rate of Inflation

The government has to analyze all the factors impacting the inflation rate and decide the best strategy and plan for the progress of the economy. For example, if China produces plastic toys and the price of gas increases, it will cost more for the manufacturing company to manufacture the same product. Hence, to maintain the profits of the company owner will have to increase the price of the product. Inflation is also sometimes the result of fiscal policy, and it is strategically rose by the government to balance other economic factors.

According to another very famous theory the quantity theory of money, the demand and supply of a certain currency decide the rate of inflation. This phenomenon can also be applied to determine the relationship between interest rates and the supply of money (Humphrey, 2018). If the interest rate in the economy increases, the supply of money decreases and as less money is in the hands of consumers, they tend to demand lesser goods and services. Hence, inflation decreases.

Relationship between Interest rate and Inflation

The relationship between interest rate and inflation is very important to understand, both factors are essential for keeping the overall economy stable. Both factors share an inverse relationship. If the inflation in a country is increasing, the interest rate will decrease and as a result, the investors will not save their money in banks and the money circulation will increase (Crowder & Hoffman, 2016). And similarly, if the inflation within a country is decreasing the interest rate will increase and people will find it more profitable to invest their money therefore the circulation of money in the economy will decrease.

Taking the same case, the money in the account at the end of one year will increase by 8% and if the inflation remains the same, the investor will be able to purchase 8% more goods and services (Wilcox, 1990). If inflation increases by 6% at the end of one year, then the real interest rate will increase by 2% only. As a result, the investor will not be able to purchase 8% more goods with returns of 8%. The purchasing power determines the number of goods that a consumer can buy by spending a certain amount of money.