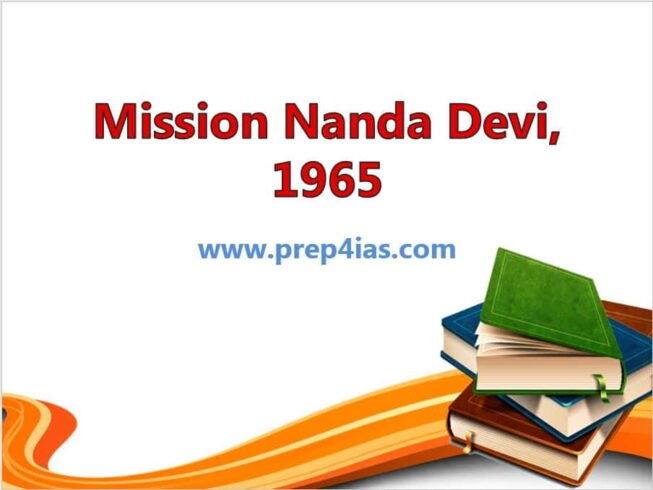 In this article, we will discuss about the Mission Nanda Devi that took place in the year 1965. You might be aware that during 1964, Chinese carried out their first nuclear test and was progressing aggressively with their Nuclear Programme. US decided to keep an eye on the Chinese Nuclear Programme through India. So a deal was signed with Indian Government and US Spy Agency CIA to place a Nuclear Sensing Device on the highest peak of Nanda Devi.

CIA is also known as Central Investigation Agency. It is a civilian foreign intelligence service of the federal government of the United States setup in 1947 whose main task is to gather, process, and analyze national security information from around the world, primarily through the use of human intelligence (HUMINT).

Mission Nanda Devi came from the name Nanda Devi mountain which is the second highest mountain in India after Kangchenjunga. It is the 23rd Highest Peak in the World. It is a part of Garhwal Himalayas and is located in Chamoli District of Uttarakhand. It comes completely in the Indian Territory.

Why Nanda Devi Had Been Chosen

Before proceeding with Mission Nanda Devi, team had climbed Mt McKinley(6,190 metres) in Alaska to place the Replica of the Device as part of Team building exercise. They soon realized all the challenges which can make the job difficult. Team Leader Capt. Manmohan Singh Kohli came back to India and gave his feedback to Indian Authorities to ARC. They went through lots of discussion and found Kangchenjunga unfeasible. Finally, everybody agreed upon Nanda Devi. 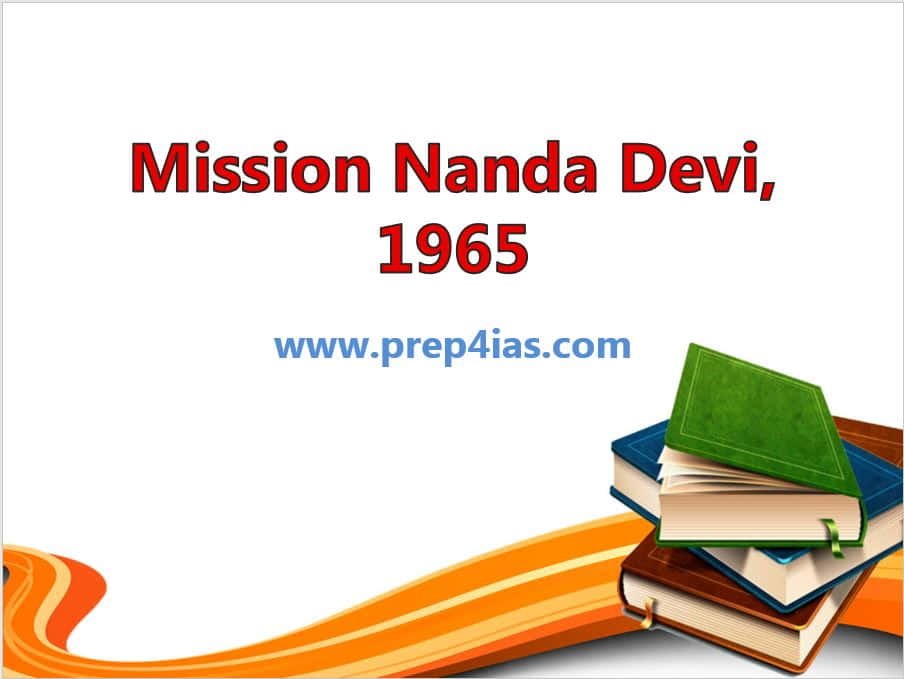 US Central Intelligence Agency(CIA) and India's Intelligence Bureau jointly undertook a clandestine operation on 18th Oct, 1965 to install a Nuclear Powered Sensing Device on India's second highest peak Nanda Devi in Garhwal Himalayas. On 18th October, 1965, team reached to Camp IV at over 24,000 ft. But due to severe blizzard team had to leave the device on Top and return to safety. Later on, they decided to go back again in 1966 to retrieve the device. When they reached the place in 1966, they did not found that device there. It was missing. More on Mission Nanda Devi.

Did we tried Searching the Device

Team went back in 1966 to search the device but went unsuccessful. Again in 1967 and then finally abandoned the search in 1968. Kohli’s 8th Indo-Tibetan Border Police Battalion was moved to Tapovan, near the Rishi Ganga banks, to continuously monitor the waters for radioactivity. The mountain and the surrounding Nanda Devi Sanctuary were closed to expeditions.

How Effective was the Nuclear Device

The Device weight is about 56 Kg and consists of a generator fuelled by Seven Plutonium Capsules. It's life is around 100 years in which 40 years are still left. The size of the plutonium was about half the size of the atomic bomb dropped over Hiroshima. If it get mixed with the River Ganga then it will contaminate the river water and will affect lot of people who are dependent on the river, may be deadly as well. Once it reached the main ganga, it would be more dilute and hence less likely to cause any fatal damage. Although it might affect few peoples.

What Really Had Happened

As per few estimates, Device was very hot and once it touches the glacier it would start sinking till it reaches the rock and then it won't move from there. Since we did not received any report of contamination from any part of the region so chances are device is still intact.