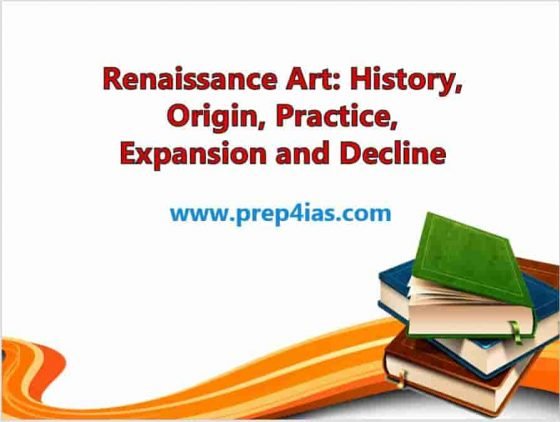 Donatello, Leonardo, Raphael, and Michelangelo are the names of everyone’s favorite martial arts mutant Turtles, so even if you are not a student of art history you probably know who they are. These artists were essential to what we now refer to as the Renaissance era, which is why their names have survived and continue to be a part of popular culture in Europe today.

The period immediately following the Middle Ages in Europe, known as the Renaissance, witnessed a significant resurgence of interest in the classical education and ideals of ancient Greece and Rome. The emergence of new technology, such as the printing press, a new astronomical system, and the discovery and explorations of new continents, was accompanied by a flowering of philosophy, literature, and notably art against a backdrop of political stability and expanding affluence.

The late 14th century saw the emergence in Italy of the Renaissance painting, sculpture, and decorative arts style, which flourished in the late 15th and early 16th centuries in the works of Italian geniuses like Leonardo da Vinci, Michelangelo, and Raphael. Renaissance art attempted to convey the experience of the person as well as the beauty and mystique of the natural world, in addition to expressing classical Greco-Roman traditions.

Italy in the late 13th and early 14th centuries is where Renaissance art first emerged. Italian intellectuals and artists perceived this time, often known as the "proto-Renaissance" (1280–1400) as a revival to the ideals and accomplishments of classical Roman culture. After the long period of stagnation that followed the fall of the Roman Empire in the sixth century, authors like Petrarch (1304–1374) and Giovanni Boccaccio (1313–1375) looked back to ancient Greece and Rome and attempted to revive the languages, ideals, and intellectual traditions of those cultures.

The ultimate "Renaissance man" Leonardo da Vinci, studied a wide range of subjects, including anatomy, geology, botany, hydraulics, and flight. He also practiced all the visual arts. His impressive reputation is founded on a small number of completed works, such as "The Last Supper", "The Virgin of the Rocks" and "Mona Lisa".

The most well-known painter of the proto-Renaissance, Giotto of Florence (1267–1337), made significant advancements in the art of realistically depicting the human form. The cathedrals at Assisi, Rome, Padua, Florence, and Naples are claimed to have been embellished with his frescoes, yet it has been challenging to definitively attribute such works.

The proto-Renaissance was repressed by plague and conflicts in the latter years of the 14th century, and its impacts did not reemerge until the first decade of the 15th century. In 1401, the sculptor Lorenzo Ghiberti ( 1378–1455) defeated contemporary architects Filippo Brunelleschi ( 1377–1446) and the young Donatello ( 1386–1466), who would later become the master of early Renaissance sculpture, after the winning of a major competition to design a new set of bronze doors for the Baptistery of Florence’s cathedral.

Masaccio (1401–1428), was a painter best known for his Trinity frescoes in Florence’s Brancacci Chapel of the Church of Santa Maria del Carmine (around 1427) and Church of Santa Maria Novella (around 1426). He was the other significant artist active at this time. Masaccio only painted for fewer than six years, yet he had a significant impact on the early Renaissance because of the cerebral and naturalistic quality of his art.

Florence: Cradle of the Renaissance

Even though the Catholic Church continued to be a significant supporter of the arts during the Renaissance - from popes and other prelates to convents, monasteries, and other religious institutions - more and more civil authorities, courts, and affluent people were ordering works of art. Early Renaissance artists were frequently commissioned by wealthy Florence merchant families, most notably the Medici family.

The wealthy family oversaw a golden age for the city of Florence from 1434 until Lorenzo de’ Medici, renowned as the Magnificent for his persistent leadership and his support of the arts, passed away in 1492. The Medici family was driven from power by a republican coalition in 1494. They spent years in exile before returning in 1512 and overseeing another flourishing of Florentine art, which included the collection of sculptures that now adorns the city’s Piazza Della Signoria.

Rome replaced Florence as the major Renaissance art hub towards the end of the 15th century, reaching a pinnacle under the charismatic and ambitious Pope Leo X (a descendant of Lorenzo de Medici). The so-called High Renaissance, which generally spanned from the early 1490s until Charles V of Spain’s armies captured Rome in 1527, was dominated by three great masters: Leonardo da Vinci, Michelangelo, and Raphael.

Leonardo Da Vinci, one of the famous Renaissance painters, (1452-1519) was known for his articulation of humanist and classical values as well as the depth of his intellect, interests, and talent. Leonardo’s most well-known pieces, such as the Mona Lisa (1503-05), The Virgin of the Rocks (1485), and the fresco The Last Supper (1495-98), demonstrate his unmatched talent for capturing light and shadow as well as the physical interaction between figures, including people, animals, and objects, and the surrounding environment.

Michelangelo Buonarroti (1475–1564) drew inspiration from the human form and produced works of vast magnitude. He was the most important High Renaissance sculptor, creating works like the David in his native Florence (1501-1504) and the Pietà in St. Peter’s Cathedral in 1499. The latter, which he manually carved out of a sizable marble slab, stands five meters tall when the base is included. Though Michelangelo saw himself first and foremost as a sculptor, he also excelled as a painter. This is especially true of the massive fresco covering the ceiling of the Sistine Chapel that he created over the course of four years (1508–1512), depicting different scenes from Genesis.

The youngest of the three major High Renaissance artists, Raphael Sanzio, learned from da Vinci and Michelangelo. He masterfully portrayed the classical ideals of beauty, calm, and harmony in his paintings, most notably The School of Athens (1508–1511), which was created in the Vatican at the same time Michelangelo was creating the Sistine Chapel. Sandro Botticelli, Bramante, Giorgione, Titian, and Correggio were a few of the other notable Italian artists who produced great works during this time.

Many Renaissance works of art featured religious themes, such as the Virgin Mary, or Madonna, and were encountered by audiences throughout the time period in the framework of religious ceremonies. Although they were primarily seen and used as religious objects at the time, they are now recognized as remarkable works of art. Numerous Renaissance paintings were created as altarpieces for use in Catholic Mass rites and provided by donors who funded the Mass itself.

Renaissance artists came from all social classes; they often completed their education as apprentices before joining a group and working under the guidance of an older master. These artists were employed by art patrons because they were reliables and dependables, not because they were starving bohemians. By acquiring art for their homes, Italy’s expanding middle class sought to emulate the nobility and raise their own prestige. Many of these works included depictions of domestic topics like marriage, childbirth, and family life in addition to spiritual symbols.

Expansion and Decline of the Renaissance Arts

The Renaissance movement extended throughout Italy, France, northern Europe, and Spain between the 15th and 16th century. Oil painting directly on canvas was further developed in Venice by artists like Giorgione (1477-1510) and Titian (1488-1576). This method allowed the artist to alter an image, which fresco painting (on plaster) did not, and it has since come to dominate Western art.

However, the origins of oil painting during the Renaissance may be traced back even further to the Flemish artist Jan van Eyck (who passed away in 1441) who created a magnificent furtherance for the cathedral in Ghent (1432). The German painters Albrecht Durer (1471-1528) and Hans Holbein the Younger (1497-1543) were subsequent masters who followed in the footsteps of Van Eyck, one of the most significant artists of the Northern Renaissance.

In opposition to the idealized naturalism of High Renaissance art, the Mannerist style had emerged by the later 1500s. It spread from Florence and Rome to become the preeminent style in Europe. The High Renaissance, which began with Giotto in the late 13th century, was described as the pinnacle of Italian art by the 16th-century Florentine artist and art historian Giorgio Vasari, author of the renowned work Lives of the Most Eminent Painters, Sculptors, and Architects (1550).

The rebirth of Classical concepts in art during the Italian Renaissance shaped artistic ideas for the following five hundred years. During the Renaissance, some new and contemporary concepts about society, politics, and art came into being. During the later Middle Ages in Europe, there was a resurgence of interest in the Greek and Roman civilizations.

Even though interest in the Greco-Roman past was not new, it began to gain momentum in Italy in the fourteenth century and eventually spread over the entire continent of Europe. This curiosity led to creative intellectual investigations (discovering humanism), which had a significant impact on European culture, permeating all spheres of life, including the visual arts.

Various artistic traditions that emerged or developed in this setting influenced the development of European art over the course of several centuries. The « rebirth » of Classical theories in art during the Italian Renaissance, influenced artistic ideas for the next 500 years.