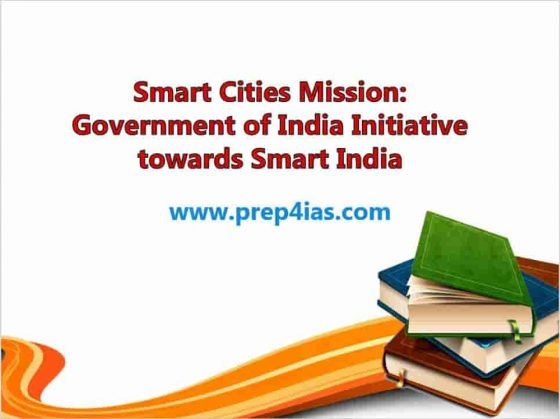 With the urban population growth and regions rapidly expanding, the government is seeking more innovative methods to manage complexity, create efficiency, and improve quality of life. This has resulted in cities' need to monitor and integrate infrastructure to optimize resources and provide better services to citizens.

The Hon' Prime Minister of India inaugurated the Smart Cities Mission on June 25, 2015, to stimulate economic growth and improve people's quality of life by supporting local development and using technology to achieve intelligent results for people.

The Mission will span 100 cities and last five years (FY2015-16 to FY2019-20). The Mission may be sustained in the future based on an evaluation conducted by the Ministry of Urban Development (MoUD) and the incorporation of the learning experience into the Mission. The allocation of Smart Cities will be evaluated after two years of Mission execution.

Based on an evaluation of the performance of States/ULBs in the Challenge, some reallocation of the remaining prospective Smart Cities across states may be necessary.

This distribution method has also been allocated funding under the Atal Mission for Rejuvenation and Urban Transformation - AMRUT. Monitoring these smart cities would be done at three levels: National, State, and City.

National: An Apex Committee, chaired by the Secretary of the Ministry of Urban Development and comprised of officials from associated ministries and organisations, will be charged with the approval of plans, monitoring progress, and releasing funding.

State: A High Powered Steering Committee (HPSC) would drive the Smart City Mission, led by the Chief Secretary of State.

The Smart City Mission would be run as a Centrally Sponsored Scheme (CSS), with the Central Government proposing to fund it to Rs. 48,000 crores over five years, or Rs. 100 crore per city each year. The State/ULB would have to provide an equivalent amount on a matching basis; hence, almost Rs. one lakh crore of Government/ULB money will be available for Smart Cities development.

Area-based development will convert existing neighborhoods, including slums, into better-designed residential zones through retrofitting and redevelopment, increasing the city's overall habitability. Greenfield projects will create new regions in the city to accommodate the city's growing population. Pan-city development entails the integration of selected smart technologies into the city's current infrastructure.

Effect on the Indian economy

The Smart Cities Mission in India has been granted Rs. 6,450 crores (US$ 868 million) in the Union Budget 2021-22, up from Rs. 3,400 crores (US$ 457 million) in FY21 (revised estimates). Smart city infrastructure necessitates a significant capital investment. The government is focusing on fostering Public-Private Partnerships (PPP) to ensure the effective implementation of India's smart city initiative.

The Smart Cities Mission aims to provide citizens with affordable housing and modern transportation at all levels. For the same, the government has to facilitate a smooth land acquisition procedure that provides the people with appropriate rehabilitation and resettlement.

Smart cities cannot be a solution to India's urban issues. It is necessary to reasonably grasp the situation by collecting data in an organised manner. Similarly, India must produce evidence-based transportation and waste management data to improve urban government. Building these communities cannot be funded only by government spending; private sector participation is required.

Citizen engagement is essential throughout the policy development, implementation, and implementation processes since residents are the ultimate beneficiaries of smart cities. Smart city development needs astute leadership from all three levels of government.

Rather than a purely technological vision, the plan should recognize that cities' vibrant life depends on the variety and enabling environments. With a foundation of dependable civic services, pollution-free commons, walkability, and easy mobility are the smart way to go. With urbanization gaining prominence in global policy debate, it is critical to concentrate on local governance.