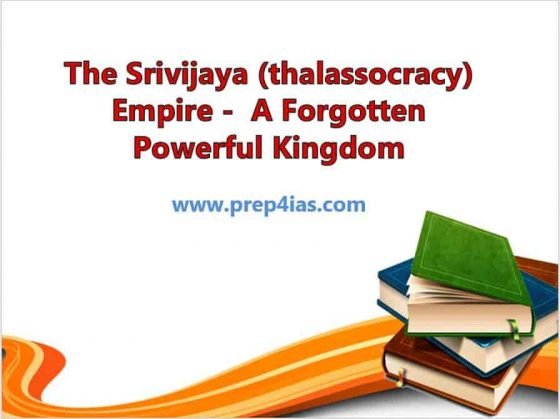 The thalassocracy civilizations or water born Empires as they are called in Archaeological terms, have always been of keen fascination and interest to History academics and archaeologists. Interest in the recent discoveries of previously unknown civilisations that once existed on dry land and are now covered by encroaching coastlines, or alternately were built upon water as was the Srivijaya Empire which is now modern-day Indonesia, leave many unknown factors in their wake. Who built them, what sort of society lived in them and where did these civilisations fit into the ancient world and when.

The many decades spent searching for the Lost City of Atlantis, other remains of city structures under water in parts of the Mediterranean and North Africa, efforts to identify which ethnic groups were involved in these settlements and discovering new ones perhaps, garners deep fascination in our contemporary world, even among the public. Amateur and contracted divers and enthusiasts have assisted academic institutions through the retrieval of artifacts during seabed excavations. The wealth of knowledge created has been invaluable in discovering more about ancient cultures.

Srivijaya was essentially a seaborne empire that had a very prosperous existence from the 8th to the 13th century on the Island of modern-day Sumatra, a centre of Southeast Asia, and strong  maritime kingdom that developed very quickly early on during the 8th century. Srivijaya is recorded as the earliest Indonesian peoples and forefathers of modern Indonesia, and the first seaborne Empire in Southeast Asia.

Culturally it was a Buddhist state that played a direct role in the spread of Buddhism in the Southeast Asian region in the 8th and 12th centuries, but it is believed to have started in the year 500 AD in Sumatra. Dapunta Hyang Sri Jayanasa appears in the Kedukan Bukit inscription as the founder of Srivijaya and its first leader. His leadership created the first Buddhist Malay kingdom of Melayu.

Scholars consider this the first classical Buddhist Malay kingdom, Melayu was absorbed into Srivijaya. It became a powerful state very rapidly, due mainly to its large fleet, and effective maritime trading practices. ‘Sri’ in Srivijaya is meant as a word of respect, ‘Vijaya’ could be the name of its first King, although there are no records of a particular personality connected to the name in the position as king or ruler. In Sanskrit wording – Srivijaya can mean or translate to triumphs of ‘prosperity and happiness’.

The trading routes between India and China go back over 2000 years and more, which became and remained a vital channel of trade in the Southeast Asian Basin to both nations. The same routes are used by commercial shipping today.

The Indian and Chinese cultures expanded their influence in many areas which included, Northern Malaysia, the Straits of Malacca and the Melayu Kingdom (Buddhist) of Sumatra which was the first kingdom to integrate into the Srivijaya Empire.

Indianization through these Basin communities would be adopted over time as was Indian culture and society structures, and Indian belief systems. Buddhism was also the peoples and leaders’ religion of China.

The kingdoms and monarchs ruled through Buddhism as dynastic hierarchies, the temples they built became the seat of learning throughout Asia. Many of these temple city ruins today are disused and overgrown by encroaching jungles.

Srivijaya being the first major Indonesian kingdom and sea power, controlled commercial sea trade in the Straits of Malacca. The Melayu kingdom of course, being a core element of the Empire, controlled most of the commercial routes and trade as the first integrated Empire of Srivijaya, Srivijaya was Melayu to a greater extent.

There were two known ocean trade routes, the Mainland Pacific coastline, and the Indian Ocean coastline that made up the India and China trading routes. The Srivijaya Empire was suitably located in Sumatra where the island became known as the ‘Land of Gold’ due to its wealth in resources. There was plentiful trade in spices, aloeswood and sandalwood which increased the Empires trading power.

The Srivijaya Empire expanded very quickly during the 8th century, many historic academia, believe this to have been the case, although there is some conjecture elsewhere on this point, but this is not disputed. The Srivijaya Empire had achieved singular mastery of the Straits of Java, the Malay Peninsula, Sumatra of course and Western Java.

Buddhism was paramount to the Srivijaya Empire, it was spread through the territories the Empire conquered which included the Pacific and Indian Ocean coastlines.  It was indeed also a centre for Buddhist religious beliefs. Srivijaya had many Buddhist temples throughout the Malaysian Peninsula.

The Capital city of Palembang was believed to house over 1000 Buddhist monks who dedicated themselves in the temples set up for the purposes of teaching and training travelling students of any religion in the ways of Buddha, while on their journeys in Asia and on the route to China. Palembang was the seat of Srivijaya power.

Surprisingly the Empire did not build large city clusters with state buildings and residences as that atypically found during the Roman Empire. As a thalassocracy existence, being based ‘on the ocean’ edge this would be understandable. Most communities consisted of wooden buildings indicative of the Indianization influence, but Buddhist temples are known to have been of refined brickwork, evidence of which remains in temple ruins today.

Art in the Srivijaya Empire

Commercial trade flourished in the Empire and with it the proliferation of Southeast Asian art. A greater percentage of art was influenced by Buddhism and the influence of the art of the Gupta and Pala Empires of India. Srivijaya Buddhist sculpture had a key place in Srivijaya society, statues have been discovered during excavations in the Sumatra and Malay Peninsula confirming this. Much interest was shown in Chinese art and became and remained popular during the time of the Empire and beyond. Interest in pottery, fabrics and silks of Chinese origin also became popular.

Like many societies during ancient times and particularly the feudal period of the early centuries, the Srivijaya Empire by the 11th century became involved in conflict, mainly with Java and the incursions of the Indian Chola Dynasties.. The Chola Dynasty conflicts plundered the ports along the Malacca Strait of the empire. Finally, Palembang was annexed and the Srivijaya king deposed. These attacks over time weakened and dismantled the Srivijaya Empire and brought about its end in 1288 during the conquest of the Singhasari empire of East Java.

Remnants of the great Srivijaya empire, with its far-reaching influence, soon disappeared without trace. Physical remains dot the Sumatra landscape here and there today, particularly the fine brick structures of the Buddhist temples.

The Srivijaya Empire did not leave much in terms of archaeological remains and artifacts, this would explain why the Empire became forgotten after the 12th Century. There legacy though left behind the trade routes along the Pacific and Indian Ocean coastlines, so too was their role as ancestors of the peoples of modern Indonesia and Sumatra.