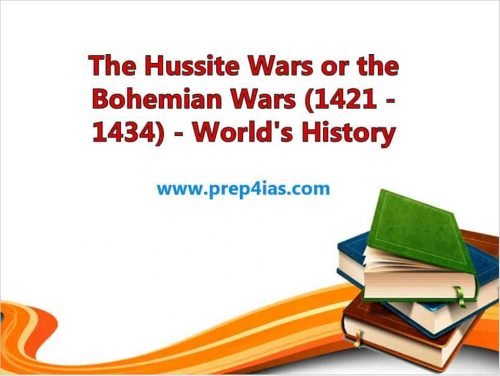 Also Read: The Numidian rebel Tacfarinas and His Famous Revolt against Rome

The Renaissance occurred during what is known as the High Tide Mark of the Middle Ages by the Medici family and the Humanist reformists in Florence Italy from where it spread to other parts of Europe, during the Middle Ages.

The period is also noted as a time of change and Church reform demanded and actioned by the reformists, a move which split the Roman Catholic Church in two. The breakaway Protestant Churches were a result of this split.

The Protestant reformists and key personalities such as Martin Luther of the Lutheran Church in the German states and the Czech Reformist Johannes Huss. Huss became the namesake of the Hussite rebellion of 1420 in Bohemia where he was born, Moravia and Czechoslovakia, after his execution for heresy by trial under papal decree.

During the period of Reformation of the Church  and thereafter, many parts of Europe became disillusioned with the conditions that the reform left in its wake. Parts of Eastern Europe were subjected to religious  persecution, by monarchs who had been crowned by the Pope in the Vatican. Having been crowned as a Holy Roman Emperor, many monarchs were promised their own deity during the earlier periods of the empire, purely by association with a serving pope in Rome, a practice that was eventually ended by Papal decree.

Johannes Huss was a Czech of Bohemian birth, a Theologian and Philosopher who would later become a religious Reformer inspiring the self-named Hussite movement. He lectured at the University of Prague in 1389 and during this time became a follower of other theologians and philosophers such as the Englishman John Wycliffe. He was not protestant but a Roman Catholic dissident, who championed Catholic Church reform. Huss aligned himself much with Wycliffe’s teachings and philosophy.

In his younger days, he sang and served in churches in  Prague before obtaining his Bachelor of Arts in Theology degree. He preached in churches across Prague, but opposed the Roman Catholic Churches view on ecclesiology (The study of the origins of Christianity), the eucharist (receiving Holy Communion) and other common Catholic religious doctrines.

Fundamentally, the fledgling Protestant movement and churches were not prepared to accept Roman Catholic practices within Protestant churches, after all this would mean that the Protestant Church would still be directly connected to the Catholic Church, and not a separate Christian Church, practicing their own version of Christian Protestant doctrine.

The pope and the Vatican would have no say in Protestant churches, particularly the Eucharist, Ecclesiology and the acceptance of Simony ( would be purely Protestant. It was clear that Roman Catholic Monarchs were generally in opposition to any influences Protestant Church practices sought to instill in kingdoms such as Bohemia, Monrovia and Czechoslovakia, during the reign of Sigismund the Holy Roman Emperor in 1433.

A holy Roman Emperor was not crowned in a singular sense, i.e. one Emperor to a single region. Sigismund by way of explanation was also a King of Luxembourg, Germany, Croatia, Hungary  and Bohemia from 1387 until his death in 1427. One of the simplest elements of the Holy Eucharist, was the acceptance of bread and wine together or solely bread alone during the administering of the Holy Communion, the accepted practice or not.

Protestant noblemen in Czechoslovakia more prominently, voiced the discontentment of their vassals over Emperor Sigismund’s religious controls within the Holy Roman Empire, and in  Bohemia and Moravia, in line with the religious philosophies of Jan Huss, his teachings of the failings of the Catholic Church and the need for reform. Sigismund of Luxembourg was a hard-line Catholic monarch.

Johannes Huss was the founder of Hussism in Bohemia, a predecessor to Protestantism. Jan Huss’s influence and activities did not go unnoticed by the Catholic Church in the early 1400’s, where he was considered a heretic. When Pope Alexander XXIII was elected as pope in 1409, as pope he was encouraged to attend to the issues surrounding Hussism and its leader, with the connivance of the Bohemian church, a Wil to excommunicate Jan Huss officially from the church.

An indictment or a Papal *(Bull ) was decreed by Pope Alexander against Huss and his followers, this was not enforced directly at first for some time as Huss continued to preach. Huss voiced his displeasure of the newly elected Pope as successor to Alexander V, John XXIII. John XXIII was described as Antipope John XXIII, a strange title used in Catholic circles describing the belligerent actions of Pope (John XXIII – towards Pope Gregory XII) whether by notification or policy.

A Papal ‘Bull’ was then enforced against Huss by the Catholic Church. Huss went into exile, as he would be arrested and placed before a Papal enquiry. He remained preaching within the Protestant church. This was a further growth and support period for Huss, amongst the Czech, Bohemian and Monrovian Church communities, where his popularity increased.

Huss was invited to the Catholic Council of Constance, this was an accepted Catholic meeting of senior Bishops and other senior clergymen in Central Europe who would address and discuss, conduct, church doctrine, matters discipline and administration. The council had already condemned Huss as a heretic in opposition to Catholic Church doctrine. The Council would be the last one of its kind presented outside of Italy.

Huss was invited to the Council to present his views on dissention in the church that he had preached and advocated and was promised safe passage in the council chambers. He accepted but on entering the council, he was arrested and put in prison. He was brought forward and given the chance to recant his beliefs, he refused and was put back in prison.

He was given no further options through the council and was sentenced to death. Huss was burned at the stake on 6 July 1415, for heresy against the doctrines of the Catholic Church. He was reported to have sung Psalms whilst he was being consumed by the flames. After his execution his follows known as Hussites, refused to accept the election of another Catholic monarch as Emperor over five consecutive papal crusades between 1420 – 1431. The actions of the Hussite followers became known as the Hussite Wars.

The conflict involved the Bohemian and Moravian populations who were predominantly Hussite. The emperor Sigismund(1387-1437), the last male member of the House of Luxembourg and King of Hungary, became directly involved in the battles during this period to break down Protestant Hussite community resistance.

He saw himself as on a crusade to destroy the ‘heretic Bohemians’, but was unsuccessful in several encounters, until the decisive ‘Battle of the White Mountain’ where the Hussite Noblemen and knights were finally defeated. The re-assertion of the Roman Catholic church in Bohemia, Moravia and Czechoslovakia resumed for the next 300 years and with it, the predominance of the Habsburg family.

The pretexts of Church reform in the Middle Ages, although a positive effort to break the grip of the Roman Catholic church as an Oligarchy by the reformists, also strengthened the resolve and resistance of Catholicism and the Vatican in Rome. The Catholic Church was seen as a wealthy religious political power that the Holy Roman Empire and its crowned Emperors could exploit and rule at the expense of the citizens of central European states.

The sad effects in Europe of religious persecution in many countries and states remained for many centuries between the Protestant Church and the Catholic Church, and the Popes in Rome, Catholic absolute monarchies played a major role in the Catholic church. Migrations would be one of the aftereffects of religious conflict and the intolerably repressive  effects of absolute monarchs.