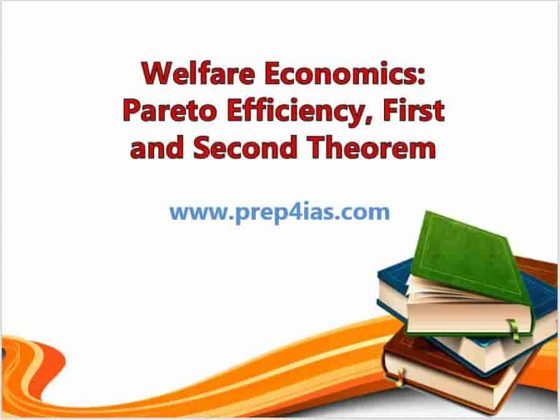 Welfare economics is a branch of economics that takes into consideration the benefit and well-being of society. Welfare economists believe that only economic progress and growth is not sufficient for development, instead, social growth and social well-being are just as important a factor. In this article, we shall carefully study the concepts and teachings of welfare economics, discuss the two main theorems and also discuss the criticism it has received over the years.

The subject aims to focus on the distribution of income, economic efficiency, and social equality and their impact on the local people. In other words, we can say that welfare economics helps to provide the tools for effective policy-making in order to achieve the optimal efficiency level for the economy and society. One big gap however in this subject and its findings is that it is all based on some big assumptions regarding how different people define and measure welfare.

Welfare economists seek the economic and social value of every economic policy and every change in the economy. Welfare economists aim to drive public policy in a direction that benefits all aspects of society. Different analyses and tools are used for measuring the impact of every public policy such as cost-benefit analysis and other social welfare functions. The basis of welfare economics is utility theory, according to microeconomics individuals seek to optimize their utility through their consumption and spending choices.

The law of supply and demand regulates the market processes and the point where the supply by the producers becomes equal to the number of products being demanded by the consumers is called the equilibrium of supply and demand. Welfare economics aims to focus on policies and actions that can maximize the satisfaction level in society.

What is Pareto Efficiency

Pareto efficiency is a condition in microeconomics which states that social welfare can be maximized when one resource cannot be reallocated in order to make one individual better off without making someone else worse. One of the biggest goals of welfare economists and policymakers is to make economic progress towards the state of Pareto efficiency.

To determine whether a specific policy will help the economy move towards the state of Pareto efficiency economists have developed certain criteria which are especially used to determine if the welfare gains of a policy outweigh the losses or not.

Some of the most famous criteria include Hicks Criterion, the Kaldor criterion, Scitovsky and the Buchanan unanimity criterion. In short such cost-benefit analysis usually assumes that the utility gains or losses by a change can be expressed in terms of money, it also assumes that issues of social justice and equity such as human and private property rights are out of the question or assumes that the status quo presents some ideal on such problems.

The Maximization of Social Welfare

To overcome this problem, economists have come up with social welfare functions, hence the goal of the economist becomes to take maximize the value of these functions. The outcome of such welfare analysis depends on various assumptions regarding how the utility factor can be compared or measured between two individuals. Ethical values and philosophical assumptions also exist about the well-being of different individuals.

According to the concept of Pareto efficiency, optimal utility or satisfaction is obtained when the market is allowed to get to equilibrium for any specific good or service. At this point the surplus for consumers and producers is maximum.

The main goal of welfare economics is to introduce the concepts of justice, equality, and human rights to the mechanism of the market. The utility of different individuals can be valued differently. For example, policymakers can argue in the favour of higher wages but by doing so they will eventually reduce the surplus for the producers but they will still implement the decision if they believe that the loss of producers is less than the gain of the low waged workers.

Welfare economics is based on two main theorems. The first theorem states that all competitive markets yield outcomes that will be confirmed as Pareto efficient.

Implications of the First Theorem

Using the convex indifference curves, a set of prices can be determined such that each Pareto efficient outcome is considered a competitive market equilibrium point.

Implications of the Second Theorem

For economists to make effective and efficient policies they must understand the psychology of the individuals in society and compare their interpersonal utilities. The economists who oppose the working and concepts of the welfare of economics state that economists can't compare the utilities of different individuals accurately. It is also said that there are not enough and there are no accurate tools and units to measure the level of utility and satisfaction a person may achieve from a good or service.

The most influential attack on welfare economics was made by economist Kenneth Arrow in the early 1950s when he introduced Arrow’s impossibility theorem which stated that it is impossible to aggregate the preferences of different individuals.

To conclude, welfare economics focuses on the utility and welfare of the entire society, the subjects concentrate on measuring and comparing the values of gains and losses endured by different segments of the society and figure out actions that can help to outweigh the loss of changes by the gains. The theorems of welfare economics lay a foundation for the field and help economists in taking the economy to the state of Pareto efficiency.