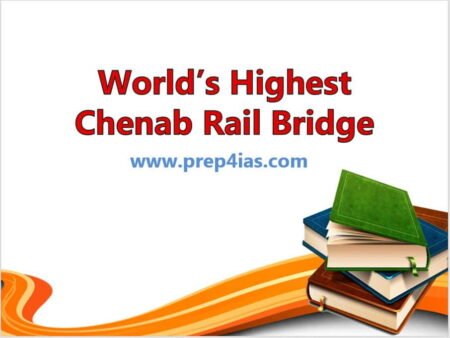 In this article, we will discuss about World’s Highest Chenab Rail Bridge in Jammu. Recently railway has completed the arch of World’s Highest Chenab Rail Bridge which is getting constructed in the Union territory of Jammu and Kashmir to connect the region between Bakkal and Kauri in the Reasi district. From exam point of view, this is a very important topic to cover. So we will see more about this bridge in below section.

What is Arch Bridge

A bridge with abutments at each end shaped as a curved arch is Known as Arch Bridge. It works by transferring the weight of the bridge and its loads partially into a horizontal thrust restrained by the abutments at either side. 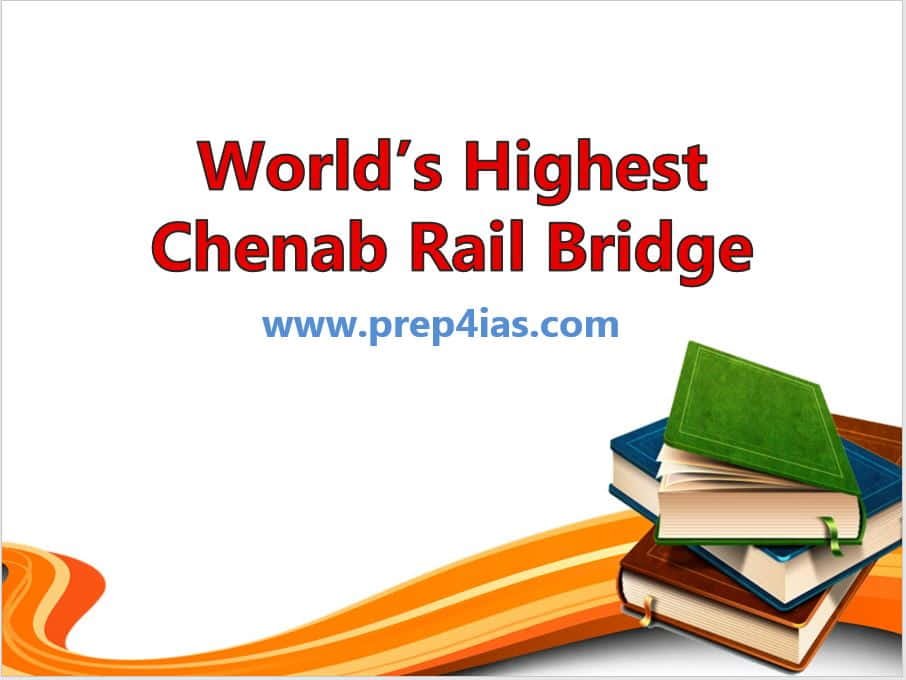 Chenab Rail bridge Arch is an important milestone achieved by the railway in the process of finishing the bridge work. Once completed, this bridge will span the Chenab river at a height of 359m above the river, making it the world’s highest rail bridge.

The hilly and mountainous regions of Jammu and Kashmir pose great difficult to the life of locals and for others travelling to J&K from rest of the India. Thus to make the transportation seamless, there was a need of Railway Linkage which allows the locals to travel distant regions without much difficulty.

This bridge is a part of larger JUSBRL project which was launched in the year 2003. A long railway line of 345 km between Jammu and Baramulla was proposed to enhanced the mobility in the region. The railway line will traverse along Jammu-Udhampur-Katra-Quazigund-Baramulla. As part of this project, a number of railway tunnels and bridges are included in which Chenab rail bridge is also one of them.

The constructed from Jammu to Udhampur section is already completed and opened for general public in 2005. Now the work is progressing from Udhampur to Baramulla section. More on Railway Technology.

Why Chenab Railway Bridge is Unique

India has no standard code or guidelines to construct a complex and massive Arch bridge of this Scale. This bridge is being made based on the design practices, work experiences and guidelines that gets followed around the world. Essentially, BS 5400 is used as the basic guideline for the design and construction of this bridge. Norway-based Force Technology Laboratory conducted several wind tunnel tests to understand the effects of wind speed, static force coefficients and gust buffeting.

Challenges Faced in the Construction of Bridge

Rough and Isolated terrain around the region posed a great risk and challenge in the construction but the main challenge was to construct the bridge without stopping the flow of the Chenab River. Just to reach the foundation of the bridge, 5 km long road was constructed.

Then the next challenge is at the deck of the bridge. Since deck is partially at the horizontal plane and partially at the curve so the construction has to be done on stages. This is the first time India constructed a bridge incrementally on a transition curve.