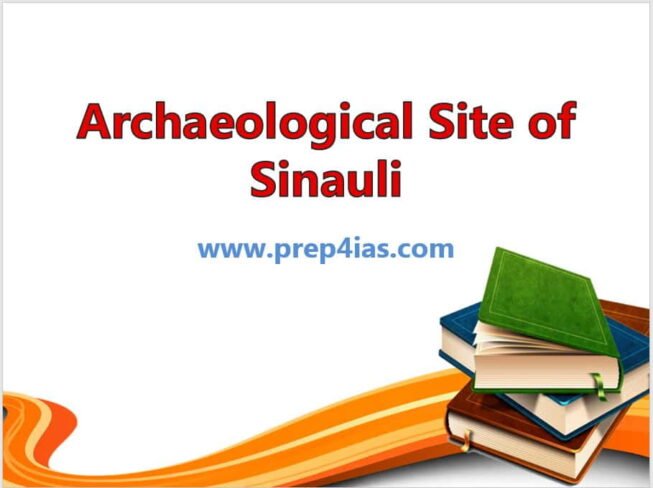 In this article, we will go through recently found Archaeological site of Sinauli in Uttar Pradesh, India. It is one of the important archaeological site ever found in history of India as it helped uncover many important facts and answered many unanswered historical questions.

ASI under the leadership of Dr. Sanjay Manjul discovered 116 burial sites there. 10 more were found in last 2 years. It is Asia’s largest burial site discovered as of now. This site is more famous for Sold Wheel Chariot that ASI found which dates back to some 2100 BC to 1900 BC.

It is an Archaeological Site located in the Baghpat district of Uttar Pradesh, India. The name Sinauli derived from word Sina-sthali which is akin to other place names in Kuru Rashtra ending with the
suffix ‘sthali'(a place) like Bastali(Vyasa-sthali), Bamanauli(Brahmana-sthali) and so on. This site became place of National Importance due to unique historical findings about the people lived in this region.

ASI is an Indian Government Agency currently working under Ministry of Culture. It was originally founded by Alexander Cunningham in 1861. It is is currently responsible for archaeological research and the conservation and preservation of cultural monuments in the country. 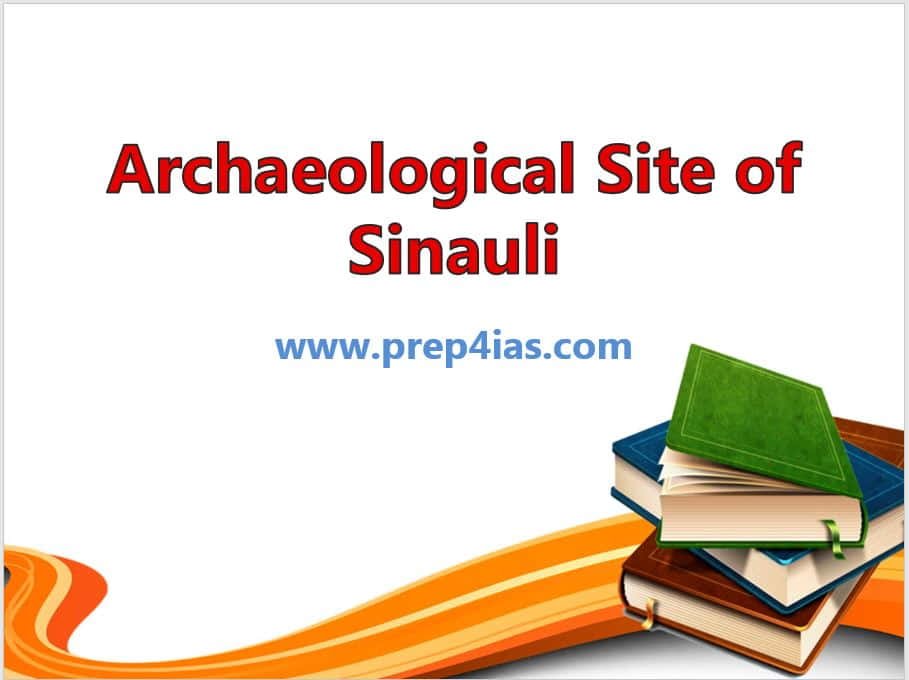 The site of Sinauli was accidentally discovered by people trying to level the Agricultural Land. The place became famous when Farmer started finding Human Skeleton, Pottery and other Copper materials. The word spreaded like fire in the Jungle and then ASI setup a team to start the excavations and search the whole area. ASI did two excavations till now: one in 2005-16 and another in 2018.

Why this Discovery is Important

Different Types of Burial in Sinauli

There are basically three different types of Burial found in Arachaeological Site of Sinauli.

Difference between Male and Female Burial

Although there are few works based on Vedic Culture but it is highly unlikely that the site of Sinauli was linked to Vedic Culture in any way. Below are few points which makes the difference:-

In this article, we have see the Importance of Archaeological Site of Sinauli recently found in the State of Uttar Pradesh. We have also seen the objects unearthed from the site along with some uniquely found object like Chariot. We have also tried to find the relationship of Sinauli Civilization with Harappa and Vedic Civilization.