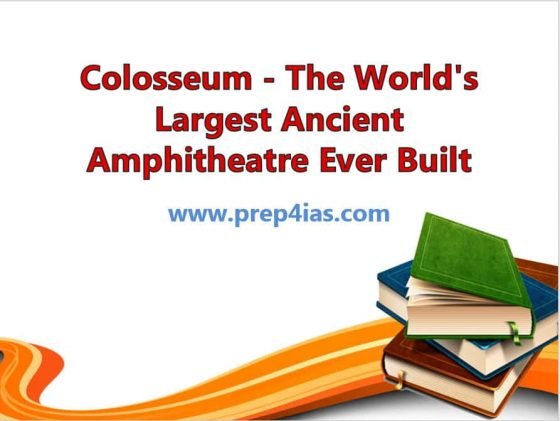 The Colosseum is the largest Amphitheatre built during the Roman Empire. It is located just east of the Palatine Hill, on the grounds of what was Nero’s Golden House. Every year around 6 million visitors pay a visit to this Iconic Structure in Italy. It measures around 189 metres long, 156 metres wide and 50 metres in height with building materials mostly consists of stone and concrete. The arena is one of the very few prominent structures from Roman Empire left today in Italy. We will see some of the important points about this ancient amphitheatre in below section.