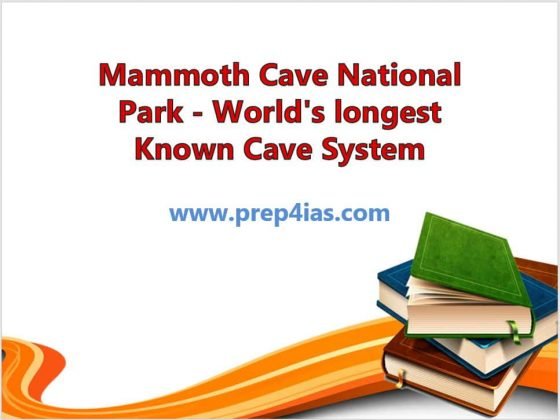 Mammoth Cave National Park is a national park located in West-Central Kentucky in United States. It is known for its mammoth size and is currently the longest cave system in the World. The park and its underground network of more than 560 surveyed km of passageways are home to a varied flora and fauna, including a number of endangered species. The Cave is renowned for its extremely vast and large size of horizontal passages and vertical shafts. We will see some more important points about this Mammoth Cave system in below section.