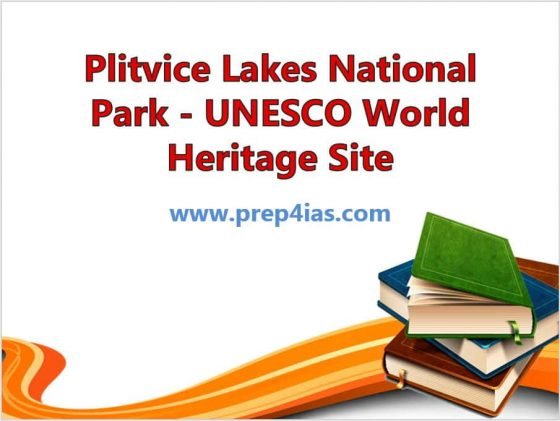 Plitvice Lakes National Park was among the three sites that were included into the list of Heritage site at the 3rd UNESCO session in 1979. This lake has both geographical as well as historical significance. During the Ottoman wars, this region was part of the Croatian Military Frontier which was under the direct control of the Habsburg Council of war. Plitvice Lakes National Park is situated in the Plitvice plateau which is surrounded by three mountains that are part of the Dinaric Alps. Thus responsible for the distinctive growth of rich flora and fauna.

What is National Park

A national park is a reserve area declared by the national government to conserve and protect the natural environment and its resources.

United Nations Educational, Scientific and Cultural Organization is a special agency of United Nation which was created on 16th November, 1945. It was created with the aim to promote world peace and security through International cooperation in educations, arts, science and culture.

Why It is so famous

It is world-famous for its sixteen inter connected lakes arranged in cascades as can be seen from the surface. It is fed by the several small rivers and subterranean karst rivers. The lakes are renowned for their distinctive colors, ranging from azure to green, grey or blue. The colors change constantly depending on the quantity of minerals or organisms in the water and the angle of sunlight.