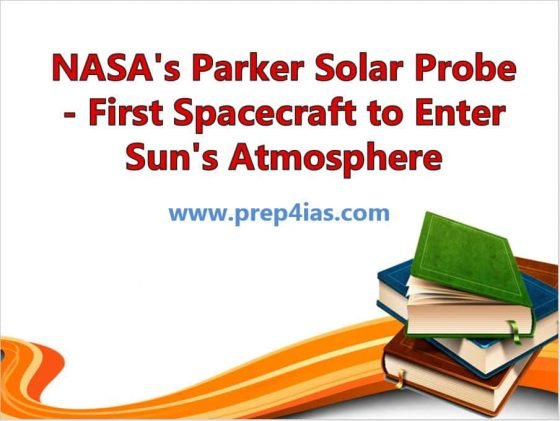 In this article, we will look into NASA’s Parker Solar probe historic visit to Sun’s Atmosphere that made it the first spacecraft ever that entered the Sun’s atmosphere. This probe was launched in the year 2018 with the mission of observing the outer corona of the Sun.

What is Parker Solar Probe

It is a NASA space probe launched in 2018 with the mission of making observations of the outer corona of the Sun.

National Aeronautics and Space Administration or NASA is an independent US government agency that is responsible for the exploration of science and technology for the Civilian Space program. It was established in 1958 succeeding the National Advisory Committee for Aeronautics. From the time it started working to till now, it has launched more than 250 missions into Space and continuing to do so.

Parker Solar Probe was launched to explore the mysteries of the Sun by travelling closer to it than any spacecraft before. According to a report published by NASA, the parker solar probe crossed Alfvén critical surface on 28th April 2021 and hence becoming the first spacecraft to achieve this impossible feat in human history. This historical event will surely help the team of researchers and scientists to understand more about our Solar System star and may be other Stars in the Universe.

What is Alfvén critical surface

It is a point were gravity and magnetic fields of the Sun are too weak to contain solar material and thus marks the end of the solar atmosphere and beginning of the Solar wind.

Why It didn’t got heated

A very common question that everyone thinking about. When we know Sun’s atmosphere is at million degrees Celsius temperature then how it could be possible that probe managed to touch the atmosphere safely. Well, the answer is very simple. It is because of the thermal shield which is made up of carbon-composite material that can withstand temperature up to 2,500 degrees Fahrenheit or 1,377 degrees Celsius. This shield cuts into the Sun’s heat pushes the heat away, thus making a manageable temperature for the probe and its instruments.

The instrument that Parker Solar probe carried with itself are as follows:-

While the primary goal of the mission is to trace the sun’s flow of energy and understand the heating phenomenon of Corona but there are three specific objectives of this mission. Those are:-