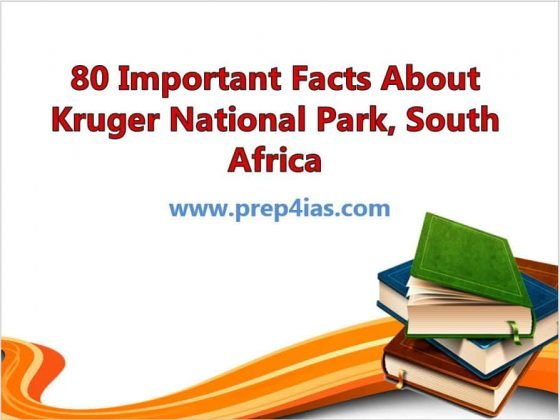 In this article, we will look into some of the Important Facts About Kruger National Park, South Africa. The world famous Kruger National Park is probably the oldest National Park in Africa. It was proclaimed as a no-hunting zone by Transvaal Republic government in 1898 and then later proclaimed as a National Park in 1926. It not only has the wide variety of flora and fauna but also more than 250 sites of Cultural heritage and 300 archaeological sites of Stone Age. Every year thousands of tourists comes here from all around the World. We will see some of the more important facts about this park in below section.

What is Game Reserves

A Game reserve is a large area of land where wild animals live safely or are hunted in a controlled manner for Sport. It is different from a Natural reserve in the way that hunting is prohibited in Natural reserve otherwise both are almost same.