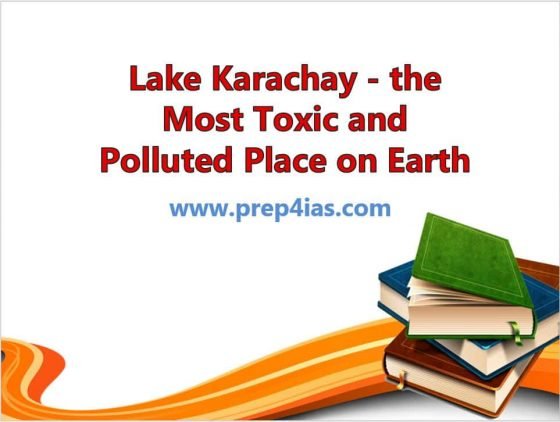 In this article, we will look into Lake Karachay - the Most Toxic and Polluted Place on Earth. In several Northwestern Turkic languages, the name karachay means "black water" or "black creek". Lake Karachay was a small lake in the southern Ural Mountains in the Central Asia. It was once used as a nuclear waste storage facility but now it is filled with hollow concrete and acts as a permanent radioactive waste storage facility. This lake has become so hazardous that it is now almost impossible to develop any kind of ecosystem here. We will see some more important points about this lake in below section.

Lake Karachay - The Most Toxic and Polluted Place on Earth

Also Read: 51 Great Pyramid of Giza Interesting Facts You Should Know About