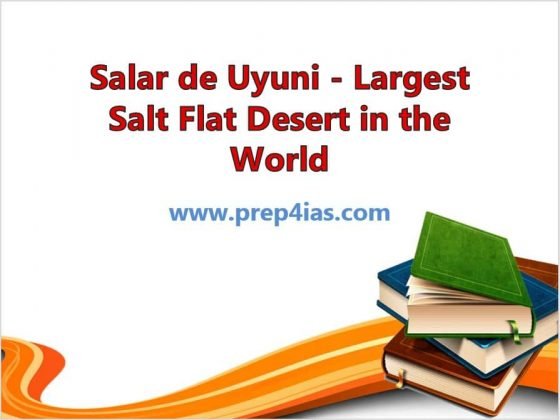 Salar de Uyuni is located in the Daniel Campos Province in Potosí in southwest Bolivia, near the crest of the Andes at an elevation of 3,656 m (11,995 ft) above sea level. It is very famous for its mirror effects and hence sometimes also known as World's biggest mirror. It is believed to be formed around 30,000 to 40,000 years ago due to the drying of prehistoric lakes in the crest of the Andes, mainly the Lake Minchin.

Salar de Uyuni is part of the Altiplano Plateau of Bolivia in South America. The plateau was formed due to the upliftment of the Andes mountains for past few thousand years. It is surrounded by mountains from all sides with no drainage outlet. It is one of the most visited place in South America with tourists coming from all over the World. More on National Geographic official Page.