In this session, we are going to look into different Aeolian Erosional Landforms. Aeolian processes creates various shapes through both erosion and deposition of Sediments. Here we will only look at the landforms that gets created by the aeolian Erosion processes.

What are Aeolian Landforms

Landforms which are created by the actions of Winds are Known as Aeolian Landforms. The features created by wind could be erosional or depositional. Wind can be involved in erosion, transportation or deposition of sediments over the years which can cause the formation of landforms of different shapes and sizes. 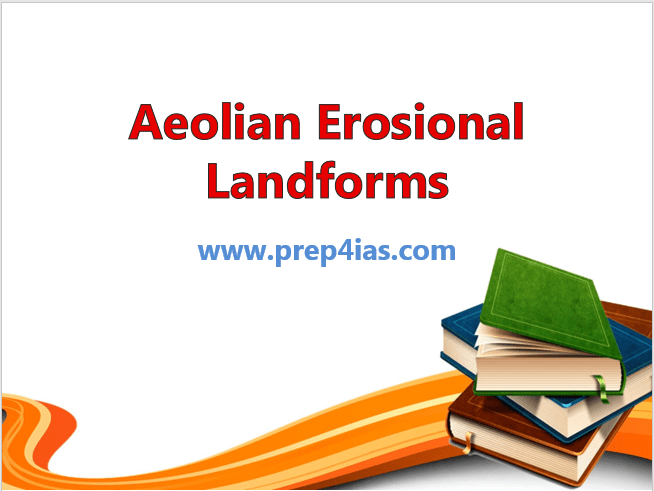