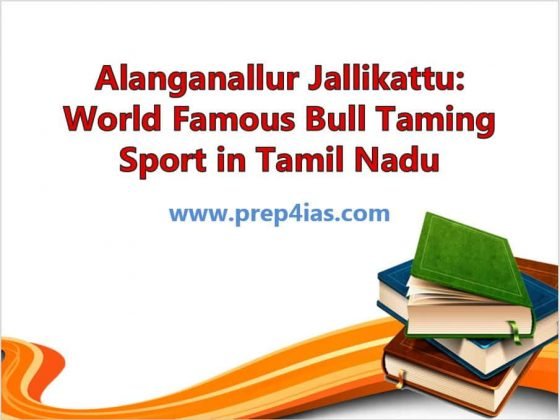 Alanganallur Jallikattu is a world famous bull taming sport in Tamil Nadu, India. Every year thousands of tourists visit the venue to catch a glimpse of this famous sport. It is organized every year in the month of January as a part of Pongal celebrations mainly in the region of Palamedu, Alanganallur and Avaniapuram.

There are few historical references available which tells that such sport was practiced during the Tamil classical period(400-100 BCE). It was known to be common among the Ayar people who lived in the ‘Mullai’ geographical division of the ancient Tamizh Nadu. Another ancient reference to bull taming is found in a seal discovered at Mohenjodaro, which is dated between 2,500 BC and 1,800 BC. The sport was called Eru thazuval or “embracing the bull”.

The term ‘jallikattu,' comes from Tamil terms ‘salli kaasu' which means coins and kattu which means package tied to the horns of bulls as prize money. The sport requires a bull to be released into a crowd of people where number of participants makes an attempt to grab the large hump of the bull's back while bull tries to escape. Participants are suppose to hold the hump as long as possible in order to stop the bull from running and take the flag out of the bull horn.

The preparation for the event is done according to the regulation of Jallikattu Act, 2009. It was introduced by the Tamil Nadu government in the year 2009. Under the legislature, following activities were done as part of the preparation:-

Protection of animals is enshrined as a fundamental duty in the Constitution of India. There are several animal welfare legislations in India such as the Prevention of Cruelty to Animals Act 1960 and the Wildlife Protection Act 1972 at the Central level and cattle protection and cow slaughter prohibition legislations at the State levels to protect the animals from any kind of cruelty.

For many farmers, Jallikattu holds enormous cultural significance. According to them, it is a moment to exhibit their own strength and those of their bulls. Supporters say the sport celebrates the spirit of the hard-working Tamil farmer, who toils day and night on the farm with the help of his bulls.

In the past, this famous sport has created lot of controversy around it. Back in 2014, it was banned by Supreme Court after a decade long battle by animal welfare Organisations like the Federation of India Animal Protection Agencies (FIAPO) and People for the Ethical Treatment of Animals (PETA). This hurted the pride of many supporters resulted in massive protests. Later in the year 2016, decision was reversed with the intervention of State and Central government.

At large, most of the countries does not allow any Bull taming or Bull Fighting sport but still there are handful of countries apart from India which allows certain kind of Bullfighting festivals. For example, Portugal, France, Mexico, Peru and Ecuador has Bullfighting festival organized every year which they claim it to be safe and bloodless. Among all those, Mexico Bullfighting is the most popular one and is known to have the largest ring in the world which can accommodate 60,000 spectators.