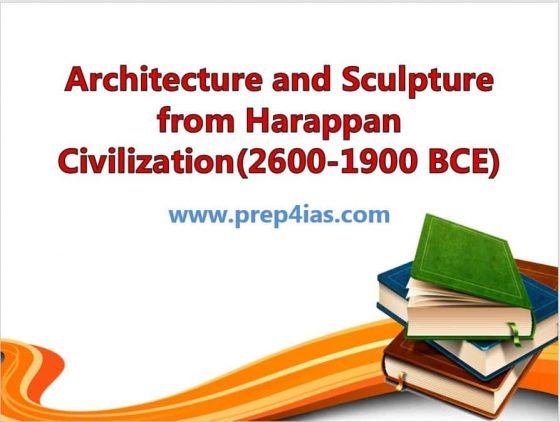 Most of the site's architecture were same except few which followed different architecture than the rest. Eg. Dholavira architecture was such that it was divided into 3 section upper town, middle town and lower town.

Various sculptures has been recovered from the ancient Harappan civilization which includes Stone Statues, Metal Casting Statues, Terracotta Statues, Seals, Pottery, Beads and Ornaments. We will see them one by one.

The lost-wax technique was used to make these kind of statues.

b) Bronze Buffalo from Mohenjodaro

Terracota means burnt clay which turns into brownish-red color after burning. Unlike stone and bronze statues, the terracota representations of human form were crude.

b) Mask of horned deity from Harappa