Kuril Islands are chain of islands located in between the Japanese island of Hokkaido at their southern end and the Russian Kamchatka Peninsula at their northern end. The archipelago with 56 islands and many minor rocks covers an area of around 10,503.2 square kilometres (4,055.3 sq mi), with a population of roughly around 20,000.

What is Kuril Islands Dispute

The Kuril Islands dispute, known as the Northern Territories dispute in Japan, is a territorial dispute between Japan and the Russian Federation over the ownership of the four southernmost Kuril Islands. More about Kuril Islands Dispute.

Recently Russia has deployed its Bastion Coastal Missile Defense System to a remote part of Kuril Island Chain in the pacific ocean near the borders of Japan. According to a video uploaded by Russian Defense ministry, large Amphibious Ships can be seen delivering equipment to the remote Matua Island in the central part of the Island Chain. Thus rising tension in the area.

The list of islands which is currently under dispute are:- 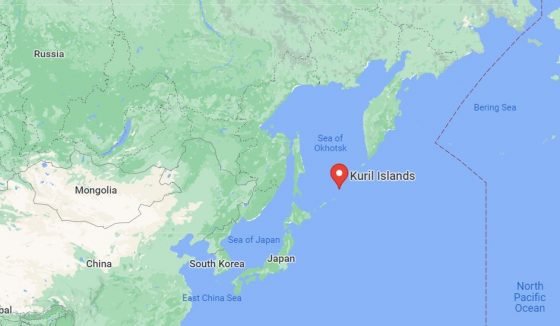 This archipelago is long disputed between Russia and Japan due to its significance for both the countries. The first agreement signed between both the countries was the Treaty of Shimoda in 1855 to deal with the status of Sakhalin and Kuril Islands. Since then lot of treaties were signed but to no major outcome. Lastly, Japan and the Soviet Union ended their formal state of war with the Soviet–Japanese Joint Declaration of 1956 but did not sign a peace treaty.

Significance of this Island

The archipelago is important for Russia's defenses because the straits does not freeze over in winter thus give the Russian Pacific Fleet year-round access to the Pacific Ocean, while other straits are under control of foreign countries or underdeveloped.

This situation will certainly have a bigger impact on India. It is due to its friendly diplomatic relations with both the countries. Russia being a long defense partner of India and Japan being a major ally in Asia Pacific region, it will be a very difficult situation for India to deal with. If Russia managed to forcefully capture the major Kuril Islands then India will be under tremendous pressure from Anti-Russian countries like Australia, Japan and USA to break all the diplomatic ties with them.

While the situation is very tense along the borders of Japan with the probability of getting it escalated further mainly due to Russian aggression. While it is yet to be seen how situation comes up but India has its own role to play. It will be very interesting to see how International Community deal with this situation.