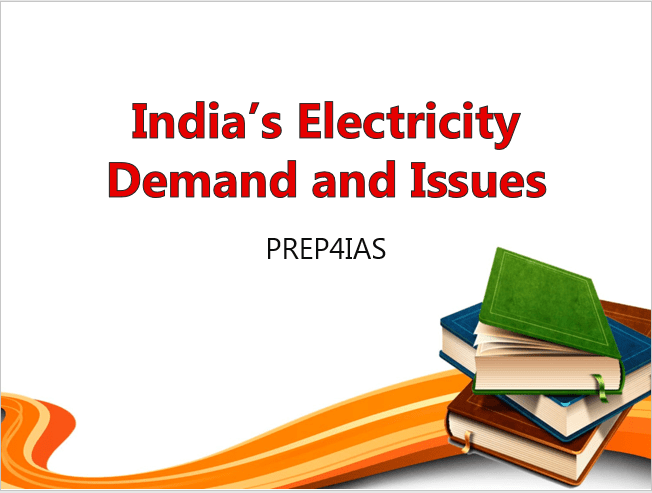 In this article, I will take you through 25 Important Questions on India’s Electricity Demand and Issues. In a Developing Country like India there is a big Challenge to fulfill the Energy demand of the Country. While the Government are making efforts to increase the Energy Production in the Country, at the same time we also see a focus on upgrading transmission equipment and reducing power theft which otherwise cause a heavy loss to the DISCOMs.

Recently we saw the launching of National Smart Grid Mission, 2015 which includes using of Smart Grids and Smart Meter to monitor the Energy usage efficiently. I will cover all the important Questions that can be asked in your Exams from this topic of India’s Electricity Demand and Issues.

1. Who is the World’s 3rd Largest Producer of Electricity ?

2. How much unit of Electricity India Produced in the Year 2017 ?

3. What is the country Installed Power Generating Capacity as of June 30, 2020 ?

4. How much Country Consumption is going to reach by 2022 as per IBEF ?

5. How much Capacity India Planned to achieve from Wind Energy by the Year 2022 ?

6. How much Capacity India Planned to achieve from Solar Energy by the Year 2022 ?

Ans. IBEF is known as India Brand Equity Foundation. It is an arm of India’s Government Ministry of Commerce.

8. Who operate and maintain the National Grid of India ?

9. How many Grids are there in National Grid ?

Ans. There are 5 Grids which interconnects and form National Grid:-

10. When was the first interconnection of Regional Grid happened ?

Ans. It was in 1991 between Eastern and North-Eastern Grid.

11. Which of the Places are not connected to National Grid ?

Ans. It is the Union Territories of Andaman and Nicobar Islands and Lakshadweep.

12. When did the India became a net exporter of electricity for the first time ?

13. From which country India is currently importing electricity ?

14. How much is the India’s Transmission and Distribution(T&D) Loss ?

15. To which of the Countries India’s is currently exporting Electricity ?

16. What are the important reasons for Electricity Losses in India ?

Ans. Few of the reasons are:-

18. Which Programme has been launched by the Union Government to reduce losses and improving the power distribution sector of state utilities ?

Ans. A smart grid is a digital electrical grid with an information network that facilitates the gathering and distribution of information with regard to the usage of power by suppliers and consumers. This will lead to electricity services becoming reliable, efficient, cost effective, and environmentally conscious.

20. Which act governs the Transmission and distribution of Electricity Demands ?

21. What is National Smart Grid Mission launched by the Government in 2015 ?

Ans. It is an institutional mechanism for planning, monitoring and implementation of policies and programs related to Smart Grid activities.

22. Who has Developed the Smart Grid Knowledge Center ?

Ans. The Smart Grid Knowledge Center (SGKC) being developed by POWERGRID with funding from MoP.

23. What are the different amendments done for Electricity Act, 2003 in 2007 to strengthen the India’s Electricity Demands ?

Ans. Below are the different amendments done:-

Ans. It aims at extending power supply to people below poverty line.

25. What are the different ways through which Technical Power Transmission Loss can be reduced ?

Ans. Below are the different ways:-

I hope you liked this article on India’s Electricity Demand and Issues. Please let me know your feedback on Comment Box.