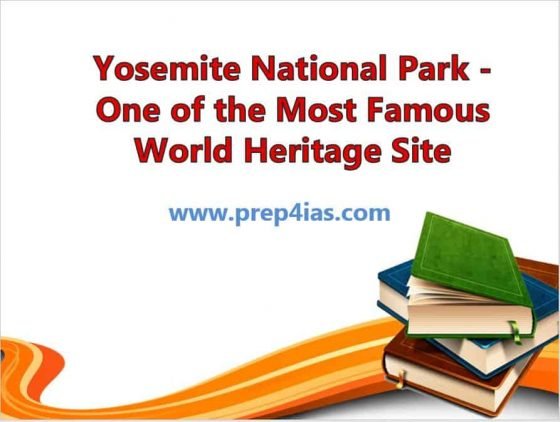 Yosemite National Park is internationally famous for its granite cliffs, waterfalls, clear streams, giant sequoia groves, lakes, mountains, meadows, glaciers, and biological diversity. The word Yosemite means “killer” in Miwok language. Yosemite National Park is located in California, US surrounded by Sierra National Forest on southeast and Stanislaus National Forest on the northwest. It is spreaded over an area of an area of 759,620 acres. In order to protect the majestic beauty of the region, President Lincoln signed Yosemite Land Grant in 1864, way before the oldest Yellowstone National Park became the first national park in the World. We will see some more important points about the Park in the below section.

Yosemite National Park – One of the Most Famous World Heritage Site

Also Read: 50 Important Questions on Savanna You Should Know About