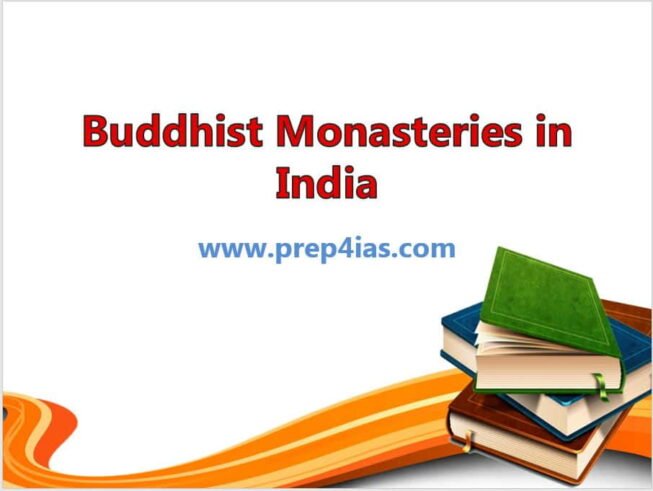 It is the largest Monastery in India and second largest in the world after the Potala Palace in Lhasa, Tibet. Tawang Monastery is located in the tawang district of the state of Arunachal Pradesh, India. This monastery was founded by Merak Lama Lodre Gyatso in 1680-1681. The monastery is three stories high. It is enclosed by a 925 feet (282 m) long compound wall. Within the complex there are 65 residential buildings. The library of the monastery has valuable old scriptures, mainly Kangyur and Tengyur.

It is the Personal Monastery of 14th Dalai Lama located in Mcleod Ganj, Dharamsala, India. It is founded by third Dalai Lama Gendun Gyatso in either 1564 or 1565. Namgyal Monastery was renamed in honour of the female long-life deity Namgyälma in 1571. As per Namgyal website claim, it has nearly 200 Monks representing all four main Tibetan monastic lineages.

It is an Old Ghoom Monastery located in Ghum, West Bengal. It belongs to Gelukpa or the Yellow Hat Sect and is mostly popular for its 15 feet high statue of the Maitreya Buddha. During the Chinese occupation of 1959 in Tibet many high ranking abbots fled to India and took refuge in the monastery. In 1961, Dhardo Rimpoche became head of the Yiga Choeling monastery Ghoom, Darjeeling. He died in 1990 and three years later, a boy named Tenzin Legshad Wangdi was recognised as his reincarnation.

It is gompa located on top of a hill in thiksey approximately 19 kilometers east of Leh in Ladakh, India. The monastery is located at an altitude of 3600 metres in the Indus Valley. One of the main points of interest is the Maitreya Temple installed to commemorate the visit of the 14th Dalai Lama to this monastery in 1970. It contains a 15 metres (49 ft) high statue of Maitreya, the largest such statue in Ladakh, covering two stories of the building. More on Thiksay Monastery.

It is a buddhist temple located at an elevation of 3894 metres in the district of Lahaul and Spiti in India. It is the second highest in the world after Ki Monastery and an important centre of Buddhist learning since the seventh century. Dhankar Monastery was once the capital of Spiti in 17th century.

It is a buddhist monastery located in the remote Lungnak valley in the Zanskar region of Ladakh, Northern India. It is one of the only buddhist monasteries in Ladakh that can only be reached by foot. It is built around a cave in Ladakh which was believed to be visited by Sage, Saints and Scholars 2500 years ago.

It is located in the Mysuru district of the state of Karnataka, India. It is the largest teaching Centre of the Nyingma lineage of Tibetan Buddhism in the World. This Monastery was established by the 11th throneholder of the Palyul lineage in 1963. It is carved into the Jungle that the Indian Government granted to Tibetan exiles.

It was established by Tingkye Gonjang Rimpoche in 1981. It is located at an altitude of 6066 feet in the State of Sikkim, India. Tingkye Gonjang Rimpoche was accepted as an incarnation of Yelmo Tertön Ngakchang Shakya Zangpo, a Nyingma tertön from the 15th century. A tertön, according to Tibetan Buddhism, is a person who uncovers terma, or hidden teachings. A number of tertöns are regarded as incarnations of Padmasambhava’s Jebang Nyernga (25 disciples). More on Gonjang Monastery.

It is a tibetan buddhist monastery located in Mundgod, Karnataka. The Original Rato Dratsang exists in Tibet. It is named after the 5th Dalai Lama, Ngawang Lobsang Gyatso (1617–1682), referred to Rato Dratsang as Taktsang, or Tiger Nest, because of its fine scholars and debaters.

It is an early buddhist temple and monastery located in the Sumda Chun village near Mandi, Leh, Himachal Pradesh. It is located at a height of 3500 metres above Sea Level. The heroic rescue of the Sumda Chun Gonpa has brought back to life one of the oldest monasteries in a remote area of Ladakh. The restoration of the historically significant but severely dilapidated structure was carried out in a systematic and sensitive manner guided by meticulous research. More on Sumda Chuna Monastery.

It is a monastery which consists of two gompas, one Drukpa and one Gelugpa Buddhist Monastery located in the Kargil area of Ladakh region in India. It also consist a Lhakhang known as Nyima Lhakhang which is the oldest section of the Mulbekh Monastery. It is believed to be built around 800 years ago by the students of great Tibetan scholar Lotsawa Rinchen Zangpo, it is clear with the style of painting.

It is a buddhist monastery located in Sikkim, India. It was built by Chogyal Gyurmed Namgyal in early 18th Century. This buddhist monastery houses numerous collection of some ancient murals and has space to resident approximately 260 monks at one time.

It is a Buddhist monastery located in Stok, Leh, India. It was founded by Lama Lhawang Lotus in the 14th Century. It has a notable library including all 108 volumes of the Kangyur. There is a 71 feet high seated statue of Gautam Buddha next to the monastery.

It is a monastery located next to the village of Sani in Zanskar region of Ladakh, India. It is thought to be the oldest religious site in whole of the Ladakh Region. It belongs to the Drukpa Kargyu school of Tibetan Buddhism just like Dzongkhul Monastery. This monastery is also claimed to be connected with the famous Indian Yogi Naropa (956-1041 CE).

It is a 17th Century Buddhist monastery in the Zanskar region of Ladakh, India. This monastery has been said to be established by Deva Gtayso in 17th Century. It belongs to the Dugpa-Kargyud monastic order which was also its first Centre.

It is located in the Tabo village of Spiti Valley, Himachal Pradesh. It was founded by Rinchen Zangpo in 996 CE in the Tibetan year of the Fire Ape. It is noted to be the oldest Buddhist monastery of all the Buddhist Monasteries in India. This monastery is protected by Archaeological Survey of India as National Treasure of India.

It is a Buddhist Monastery located in Alchi Village of Ladakh. It is more like a complex which consists of four different settlements. It is said to be one of the famous and oldest monastery of all the Buddhist Monasteries in India.

It is a Buddhist Monastery belonging to the Drukpa lineage located near Korzok village in Leh District of Ladakh, India. It was founded by Kunga Lodro Ningpo about 300 years ago. This monastery is situated on the northwestern bank of Ladakh’s Tso Moriri (lake), one of the highest lakes in the world of its size.