In this session, I will take you through 20 Best Questions on Manipur Government Schemes. Manipur is a state in the Northeastern part of Indian bounded by the Indian states of Nagaland to the north, Mizoram and Myanmar (Chin State) to the south, Assam to the west, Myanmar (Sagaing Region) lies to its east. It was formed on 21st January, 1972. The state covers an area of 22,327 square kilometres (8,621 sq mi) and has a population of almost 3 million, including the Meitei, who are the majority group in the state, the Pangals or the Pangans (Manipuri Muslims), Naga tribes, Kuki/Zo tribes and other communities, who speak a variety of Sino-Tibetan languages. Check more about Manipur on wikipedia Link. 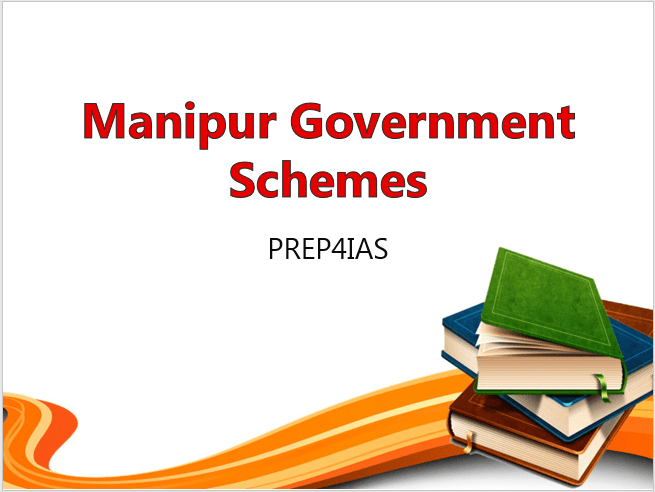 1. How much subsidy Manipur government is providing under Startup Manipur Scheme ?

2. How many households are Manipur Government expecting to be covered under SAUBHAGYA Yojana ?

3. What is the main objective of Manipur School Fagat-Hansi Scheme ?

Ans. The main objective is to give renewed thrust towards improvement of govt. schools in terms of physical and manpower infrastructure.

4. Under which mission School Fagat Hansi Scheme is launched ?

Ans. This Scheme is for Persons with Disability (PWD)

Ans. The primary purpose of this scheme is to raise the living standards of the differently abled persons and to ensure their inclusive development.

Ans. To avail the benefits of this scheme, people can make their registration with the help of Asha Workers at several booths in PHCs, CHCs and other district hospitals.

11. Which of the Crops are covered under National Food Security Mission implementation in Manipur ?

Ans. There are 3 crops covered under NFSM implementation in Manipur:-

12. Which Crop Production has been drastically increased in the state with the initiation of Farm pond under National Food Security Mission scheme ?

13. Which Scheme is implemented under Manipur Government Schemes to promote In-country Adoption for the welfare of the unfortunate children ?

14. How much financial assistance government is providing to the old aged & infirmed persons / destitute under Manipur Old Age Pension Rules ?

Ans. A sum of Rs. 100/- p.m has been given to these  old and aged persons as pension. It is preferably given to low income group and handicaps (both male and female).

15. Upto how much capacity State Nodal Agency can take up Small Hydro Power (SHP) projects in the state ?

16. Which is the State Nodel Agency of Ministry of New and Renewable Energy (MNRE), Govt. of India ?

17. Under welfare of Disabled Persons Scheme, how many special schools are running at the government level ?

Ans. Under this scheme, 2(two) Specials Schools  one for Visual Impaired and one for Hearing Impaired with hostel facilities are running at the Government level.

Also Read: National Emergency in India and Types of Emergency

18. What are the different components of National Social Assistance Program ?

Ans. Below are the components of the Scheme:-

19. How much assistance will be provided under National Family Benefit Scheme ?

Ans. The scheme provides assistance of  an amount of Rs. 10,000/- as family benefits to surviving member of the household when the primary breadwinner ( male or female) is dead.

20. How much assistance will be provided to pregnant women who are below poverty line under National Maternity Benefit Scheme ?

Ans. The scheme provides a lump sum cash assistance of an amout Rs. 500/- to pregnant women who are below poverty line.