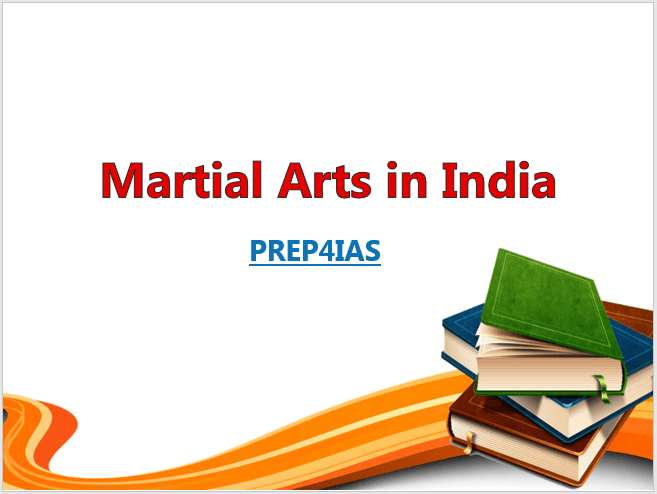 1. When did Inbuan Wrestling originated ?

2. Which Martial Art is also known as Empty-Hand Silambam ?

3. Which weapons are usually being used in Gatka Martial Arts ?

Also Read: 22 Important Questions on Geography of Uttar Pradesh for All Competitive Exams

6. Where did Bandesh Martial Art Originated ?

7. Which weapons are required to be used in Sqay Martial Art ?

Ans. It was created by the Meitei people of Manipur.

9. What are the few different techniques of Kalaripayattu Martial Arts ?

Ans. Few of the techniques are :-

10. In which Tamil literature of 2nd AD the reference of Silambam Martial Art can be found ?

11. What would be the diameter of the Circle under which Cheibi Gad-ga Martial Art Content can take place ?

12. Which Martial Art form was famously practiced by Shivaji ?

13. Which wrestling is known as Nicobarese wrestling ?

14. Which Martial Art in Maharashtra requires the use of Pole and Rope ?

15. Which dance was based on Pari-khanda Martial Art ?

16. How many Peoples usually requires to perform Thoda Martial Art ?

Ans. Two groups with 500 People each.

18. Where does the Lathi Martial Art majorly gets practiced ?

Ans. In the Parts of Punjab and Bengal

20. In which Festival Thoda Martial Arts usually get performed ?

21. When did Kalaripayattu Originated ?

Ans. It was Originated in Kerala around 3rd Century BC.

22. What is the difference between thang-ta and Sarit Sarak Martial Art ?

Ans. Thang-ta is an armed martial art whereas Sarit Sarak is an unarmed art form.

23. Which is the place of Origin of Varma Ati Martial Art ?

I hope you liked this article on Martial Arts in India. Please let me know your feedback on Comment Box.

For C#/HTML/PHP Tutorials, check below posts:-

How to Install PHP on RedHat/CentOS 7 with Easy Steps

How to Install Ruby on Ubuntu 18.04 with Easy Steps