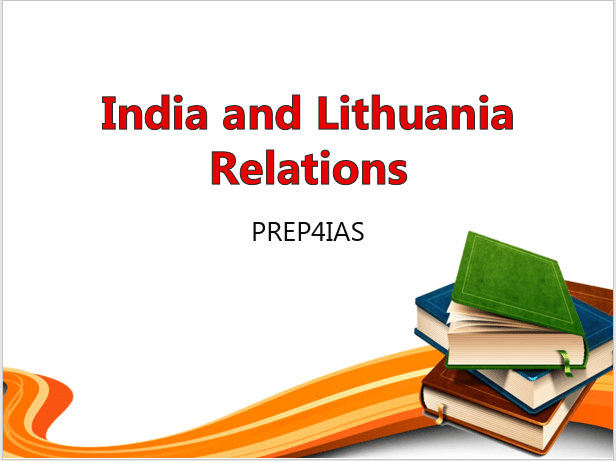 In this article, we will go through the Relations and Partnership between India and Lithuania on Various Sectors. India and Lithuania has very close relationship with each other and has partnered on various platforms to take the relationship ahead. The first political contact between India and independent Lithuania took place in June 1992, when the then Prime Minister of India Shri P.V. Narasimha Rao, met Mr. Vytautas Landsbergis, the first President of Lithuania, during the Rio Earth Summit.

Also Check: 23 Important Questions on History of Dutch Rule in India for All Exams

I hope you liked above points on India and Lithuania Relations. Please provide your feedback on Comment Box.