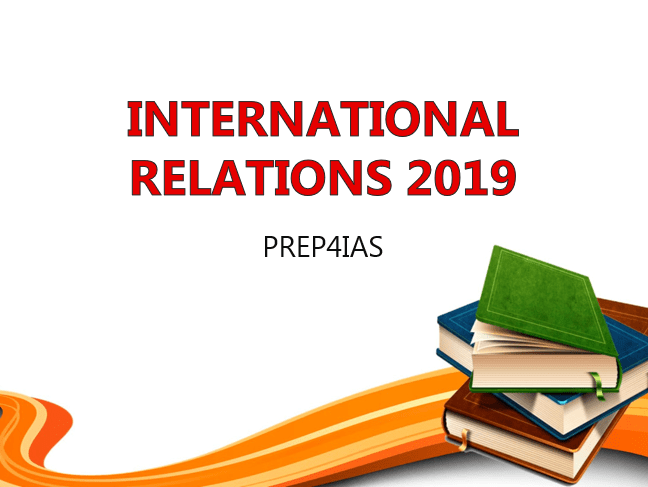 Ans. It aims to protect the children from Armed Conflicts.

2. How many countries announced contributions to 2018 budget of the United Nations Relief and Works Agency(UNRWA) ?

3. Where did the 51st Annual Meeting of Asian Development Bank(ADB) recently held ?

5. Which Strait connects between Black Sea and Sea of Azov ?

6. Who has recently recognized West Jerusalem as the Capital of Israel ?

8. Who founded “The Smart Food Initiative” ?

9. Which are the countries with which ASEAN has existing Free Trade Agreement(FTAs) ?

10. Where did RCEP Negotiations formally launched ?

12. How many members are there in Indian Ocean Naval Symposium(IONS) ?

14. When did ASEM officially established ?

15. How many countries recently adopted Delhi Declaration on Renewable Energy in the Indian Ocean Region ?

16. Which is the second largest Inter-Governmental Organization after the United Nations ?

17. Which Organization is responsible for administering the World Trade Organization’s Agreements on Customs Valuation ?

18. In how many products India has agreed to provide tariff concessions to Asia Pacific Trade Agreement(APTA) members ?

19. Who has become the Vice-Chair(Regional Head) of the Asia Pacific Region of World Customs Organization(WCO) for a period of two years from July, 2018 ?

20. Who is the implementing body of the Chemical Weapons Convention(CWC) ?

Ans. Organization for the prohibition of Chemical Wepons(OPCW)

21. When did Chemical Weapons Convention came into force ?

22. Which are those two sanctuaries that has been banned by International Whaling Commission(IWC) for any types of Commercial Whaling ?

23. Where did the 4th Partner’s Forum recently held ?

24. Where is the headquarter of International Whaling Commission ?

25. What is the primary goal of India to join Advanced Motor Fuels Technology Collaboration Programme(AMF TCP) ?

Ans. To bring down emissions and achieve higher fuel efficiency in transport sector.

26. Which UN body can only issue binding resolutions to its member states ?

27. What are the three main principles of UN Peacekeeping ?

Ans. Three basic principles are:-
a)Consent of the Parties
b)Impartiality and non-use of Force except in Self-defence
c)Defence of the mandate

28. How many UN Peace Operations are currently deployed ?

29. When did UN Peacekeeping force won the Nobel Prize ?

30. Where is the World’s First Human Rights TV Channel is Launched ?

33. What is Operation Kabbadi ?

Ans. It was to be India largest planned Operation by Indian Army to end Cross-Filtration by capturing atleast 25 selected Pakistanis posts along the Line of Control(LOC) in September 2001.

Ans. They are one of the major ethnic groups in Myanmar and are mostly christians.

35. What is the current number of Chin Refugees in India ?

36. Where did the 17th Edition of Hand-in-Hand Military Exercise recently held ?

39. What is International Conference on Status and Protection of Coral Reefs(STAPCOR) ?

Ans. It is a foundation which is having an International Conference every 10 Yrs to review the status and progress of coral reefs all over the world.

40. What was the theme of 10th edition of Delhi Dialogue ?

I hope you liked this Best International Relations 2019 Q&A. Please let me know your feedback on Comment Box.